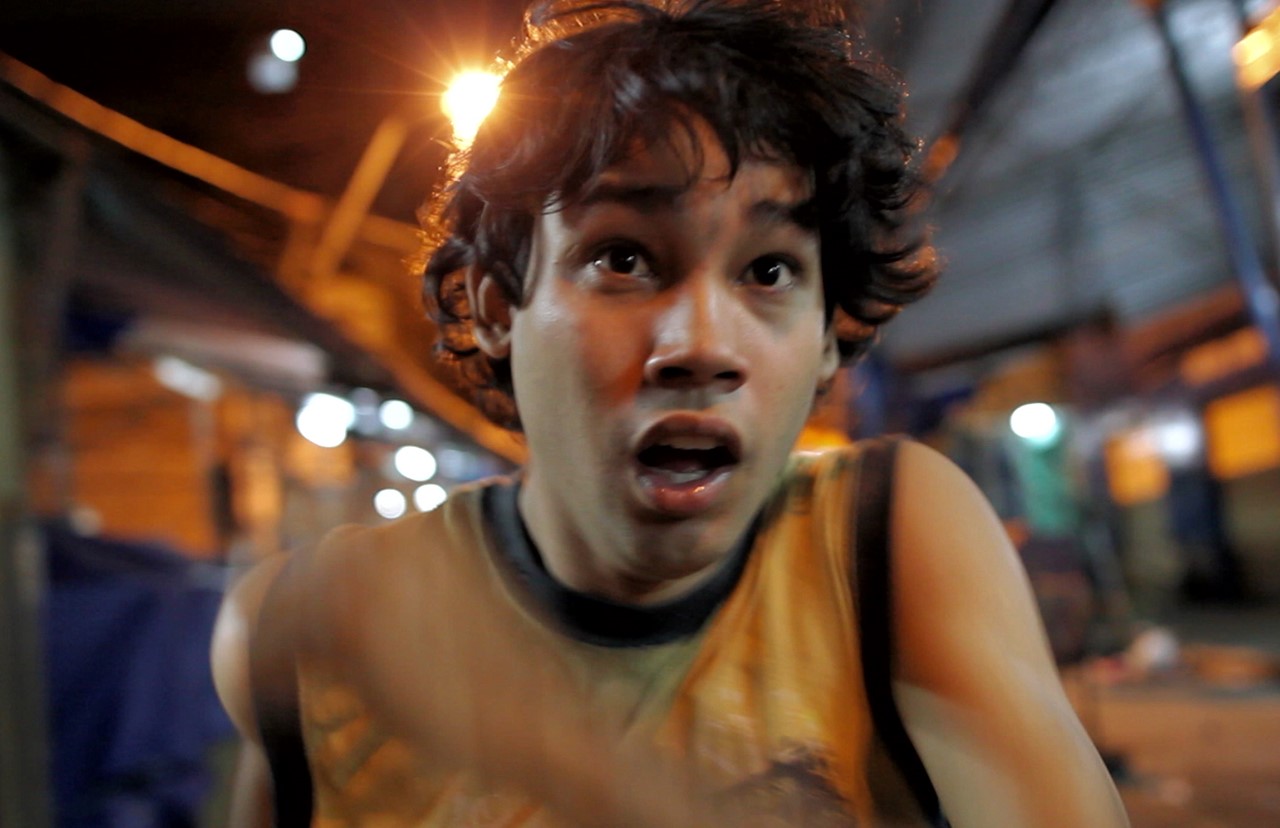 A teenage delivery boy working in a popular Paraguayan market must dodge thieves, rival gangs and the omnipresent police when he undertakes a dangerous contract to transport a load of mysterious – and highly sought-after – crates to the edge of town. "Making atmospheric use of the squalid, massively overcrowded labyrinth of Ascunión's outdoor bazaars, this auspicious first feature by Juan Carlos Maneglia and Tana Schémbori is a brilliantly down-market homage to the Hollywood suspense-action genre, where racing cars and squealing tires are replaced by wooden wheelbarrows executing harrowing chase scenes. As Victor and his adversaries clash in a frantic tug-of-war over his dangerous payload, the dizzying cinematography and hammering electronic score drive us toward an explosive, nail-biting finale."
Diana Sanchez, Toronto International Film Festival