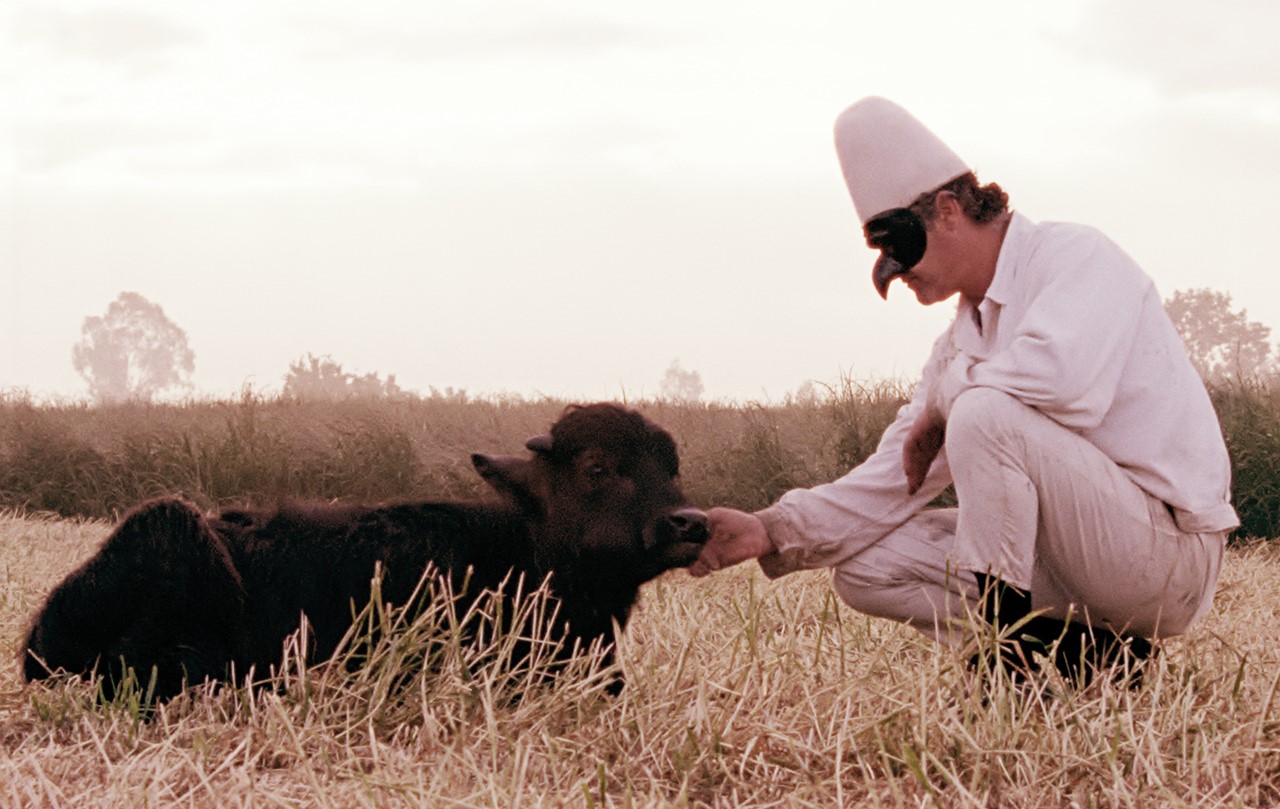 They called him “the angel of Carditello”: shepherd Tommaso Cestrone volunteered to be the caretaker of deserted Bourbon palace in the western Italian province of Campania, where he worked for years without pay, before he finally got in trouble with the mob. Director Pietro Marcello started shooting a documentary about the legendary castle caretaker, but then Tommaso died halfway through of a heart attack. So Marcello decided to add fictional narrative to the existing material: Pulcinella, the masked jester of classic commedia dell’arte, emerges from Mount Vesuvius with the mission to save a young calf in Tommaso’s care from the slaughterhouse. Pulcinella travels through Italy with the beast, a country torn by corruption, financial crisis, and in search of a new identity. A fairy-tale homage to Tommaso, shot on 16mm, with images reminiscent of Pasolini’s neorealism and classic Italian painting. 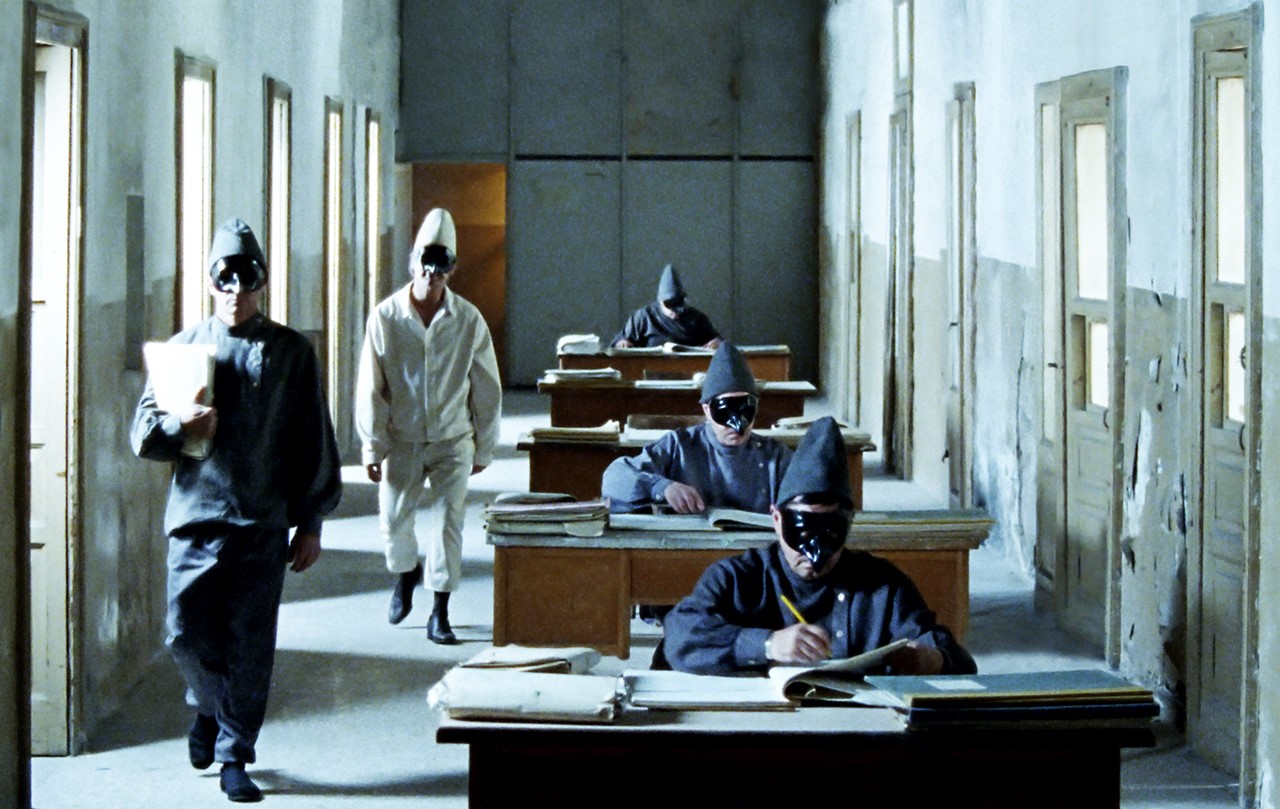 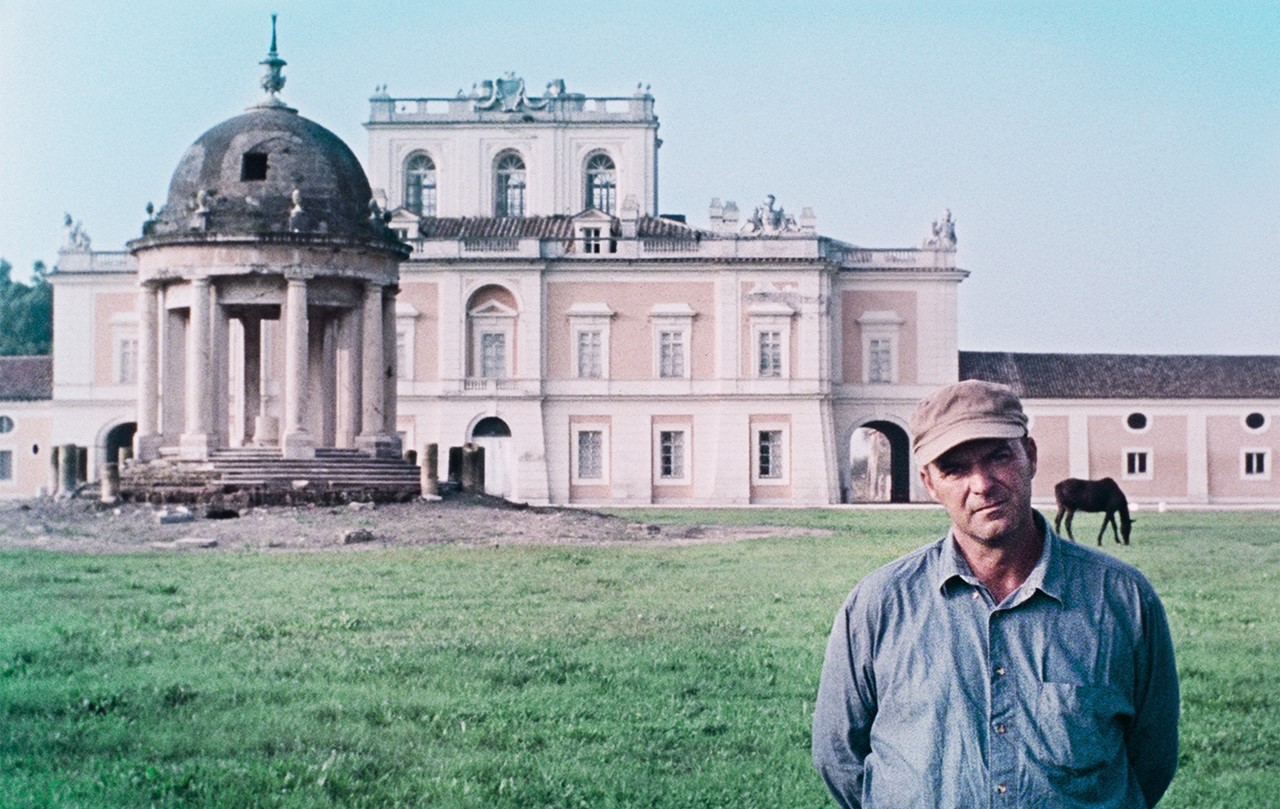 Pietro Marcello was born in Caserta in 1976. He worked as organizer and curator at the Damm film center in Naples, shooting his first docs, IL CANTIERE und LA BARACCA. IL PASSAGGIO DELLE LINEA was shown at Venice 2007. Marcello’s first feature film, LA BOCCA DEL LUPO (2009), won awards including Best Film at Torino Film Festival, the Caligari Preis and the Teddy Award at Berlin 2009. IL SILENZIO DI PELESJAN was screened as a special event 2011 at Venice. Since LA BOCCA DEL LUPO, Pietro Marcello has produced his films with his own production co. Avventurosa.