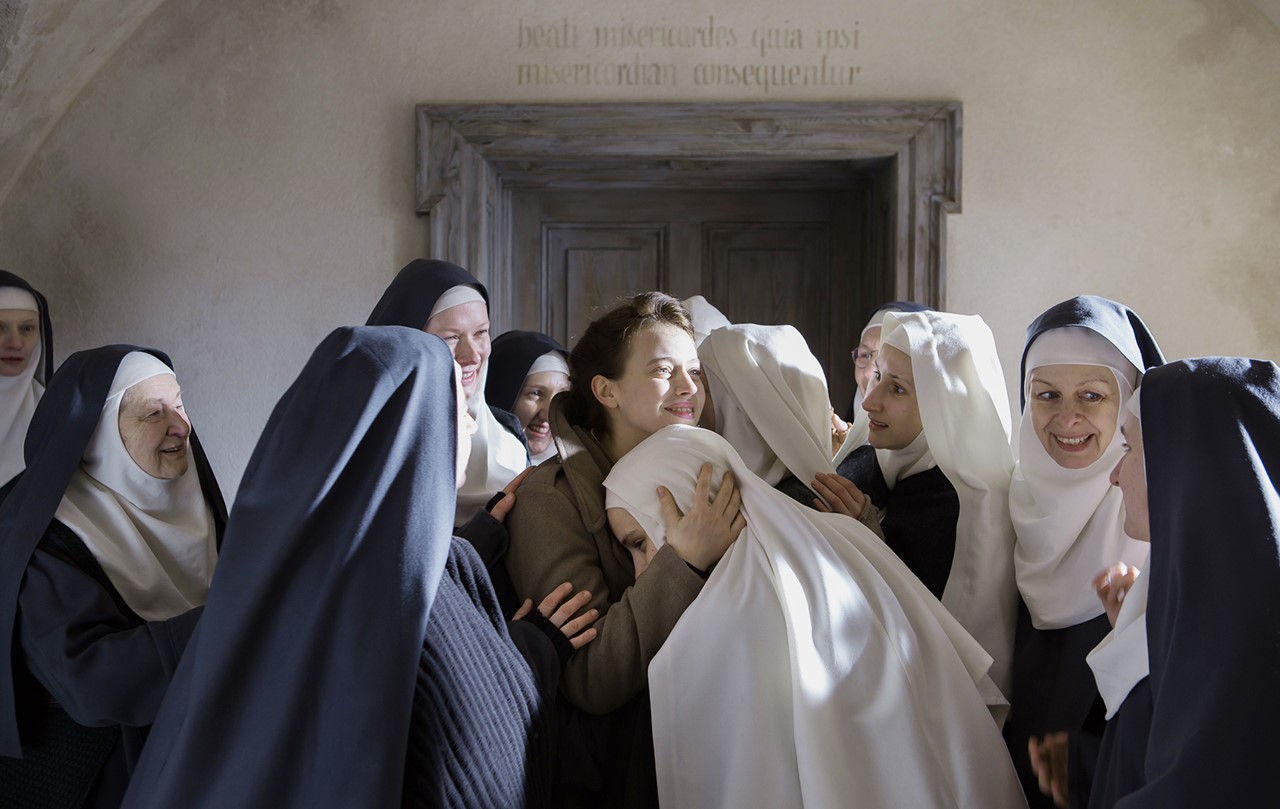 Poland, in the Winter of 1945: The Red Cross sends the young French doctor Mathilde to a remote monastery, where she helps a nun bear a child. It turns out the nun is note the only one pregnant in this cloister, which was attacked by Red Army soldiers…

Anne Fontaine, writer-director, was born in Luxemburg in 1959. She began her career as an actress, including high-school comedy P.R.O.F.S (1985). In 1986 she directed a stage version of Célines “Long Day’s Journey into Night”, in 1993 she had her film directing debut with LES HISTOIRES D'AMOUR FINISSENT MAL... EN GÉNÉRAL. Her recent films include COCO CHANEL (2009) and GEMMA BOVERY (2014).