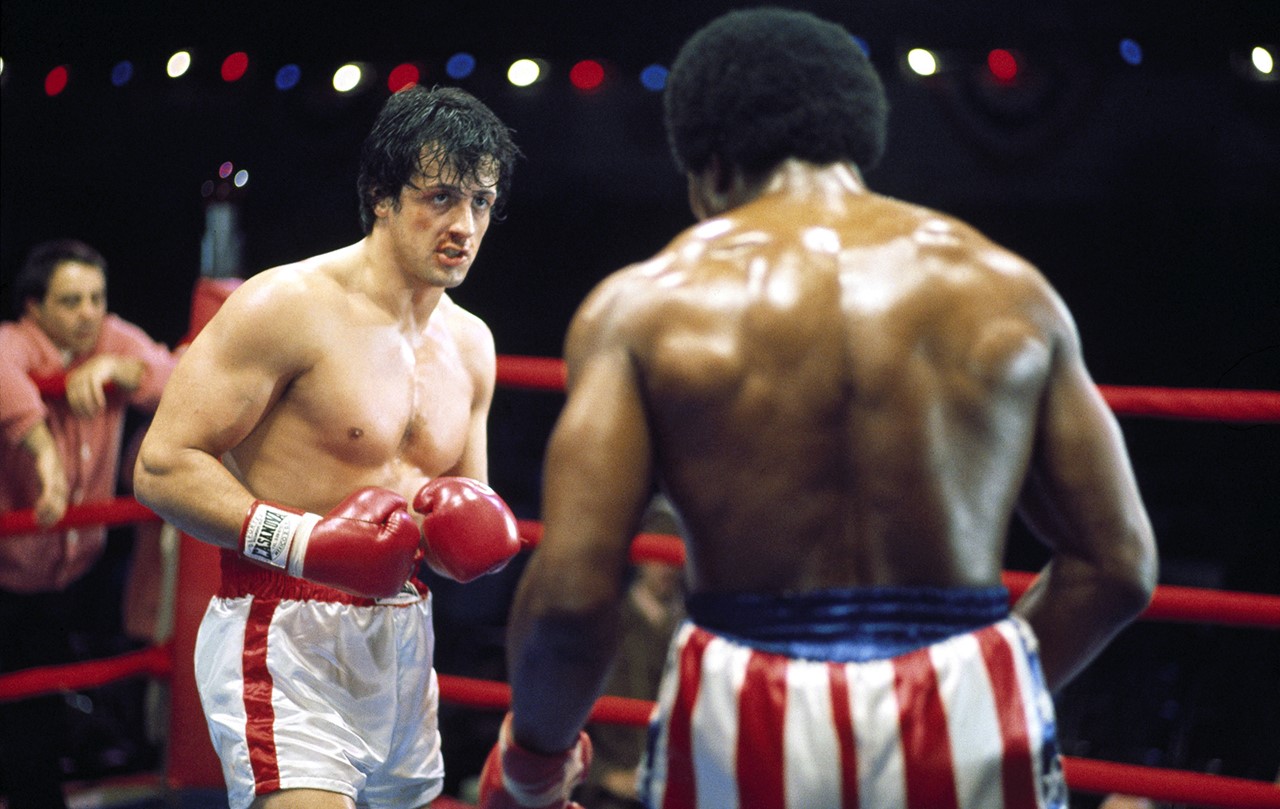 Could a boxer be more sensitive than Rocky? He takes care of a goldfish named Moby Dick, whose loneliness he tries to cure by moving his bowl over to his two turtles, Clay and Frazier. But those two have their problems with the food from Rocky's favorite pet shop; the moths keep getting stuck in their throats. Everyone's sensitive here. Sylvester Stallone made this Rocky Balboa a pretty big softie who is nonetheless able to land his punches in the ring as "the Italian Stallion". Rocky is far from being a successful boxing pro. Instead, he roams around, collecting money for a Mafioso, though he sympathizes with all the debtors whose fingers he's supposed to break. He also tries to get shy Adrian (Thalia Shire), the sister of his buddy Paulie, to come out of her shell. Seduction is a boxing match that must be approached with a velvet touch, lest the ice not be broken. Rocky knows this all too well and arranges for Adrian to go ice-skating. Things could continue this gently, but then the current world heavyweight boxing champion, Apollo Creed (Carl Weathers) decides to give an underdog the big chance to fight him. He chooses Rocky because "the Italian Stallion" sounds so nice. This sets the stage for iconic scenes such as the one in which Bill Conti's fanfare plays as Rocky runs up the steps at the Philadelphia Museum of Art and triumphantly outstretches his arms. Winning is no longer the main thing; Rocky's goal is simply to hold out during the fight against Creed. Stallone demonstrated perseverance with this project as well. Inspired by the prizefight between "Bayonne Bleeder" Chuck Wepner and world champion Muhammad Ali (see THE BLEEDER, showing in the Open Air series on Tuesday at 10 p.m.), 28-year-old Stallone is said to have written the first draft of ROCKY in only three days before showing it to various producers. He turned down generous offers because they came on the condition that a well-known actor such as Ryan O'Neal or James Caan play the boxer. Stallone insisted on playing the part himself and agreed to an offer that netted him a smaller amount but that included 10 percent of the box-office proceeds. This turned out to be very lucrative indeed. ROCKY, directed by John G. Avildsen, was the surprise of 1976. The film was nominated for 10 Oscars, including that for best actor in a leading role; it received awards in the categories best film editing, best director, and best picture. For Stallone, this was a breakthrough, as he went on to play Rocky six more times, most recently in CREED (2015), in which he trains the son of Apollo Creed (see the film at the Open Air series on Friday, July 6 at 10 p.m.). Stallone has already passed the torch, but the original is unbeaten. 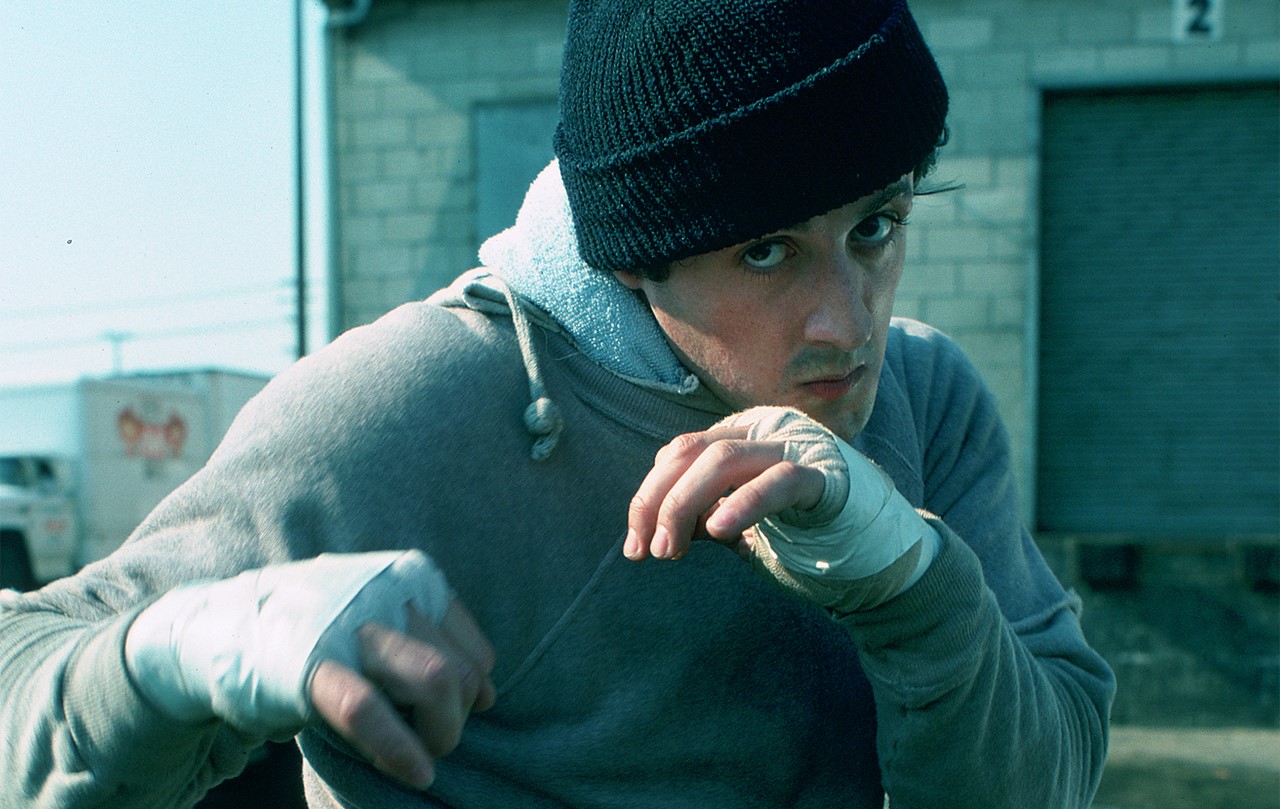 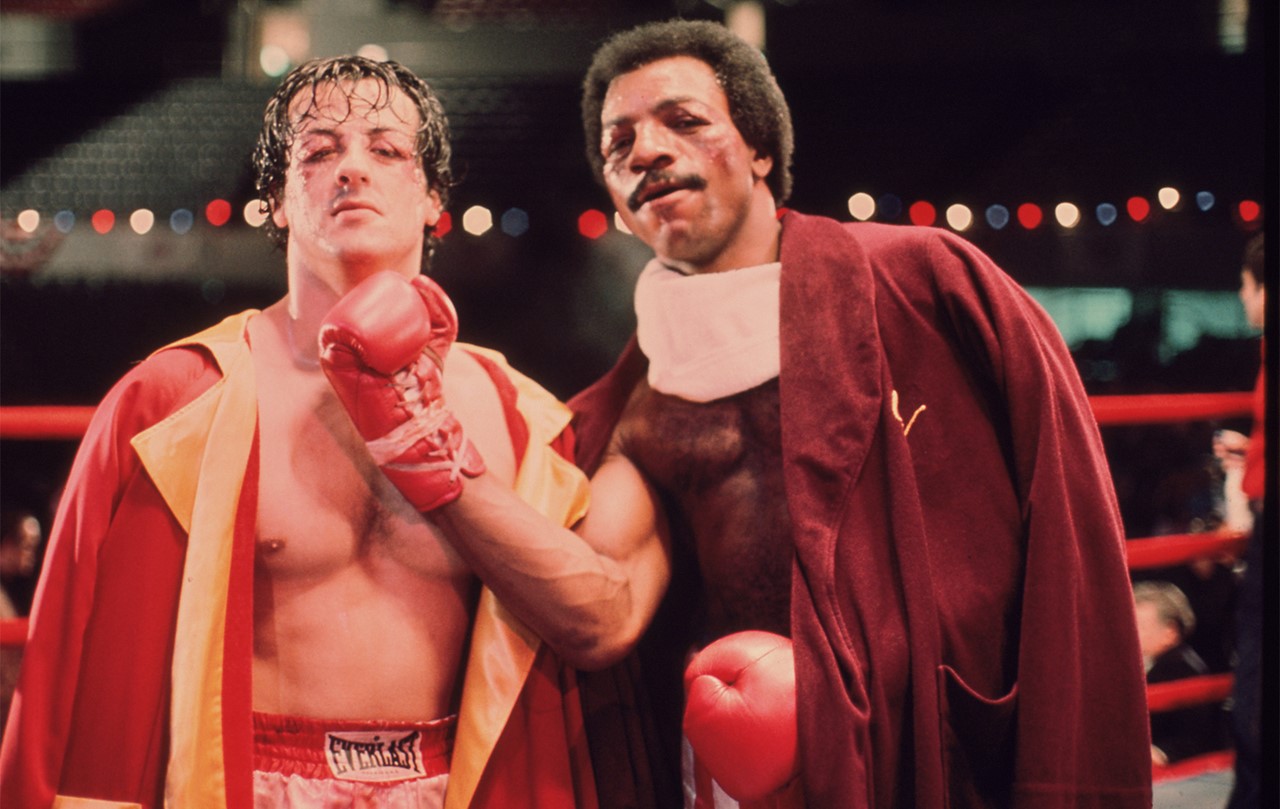 John G. Avildsen was born in Oak Park, Illinois, in 1935. His debut film, TURN ON TO LOVE (1969), told the story of a bored housewife who gets involved with marijuana-smoking hippies and an Italian filmmaker. The following year, his JOE marked his first success at the box office; the screenplay by Norman Wexler was nominated for an Oscar. SAVE THE TIGER (1973) earned positive reviews as well. Jack Lemmon received an Oscar for his performance. While JOE and SAVE THE TIGER were stories of likeable losers, Avildsen later turned to films about rising athletes. He collaborated closely with scriptwriter and lead actor Sylvester Stallone on ROCKY (1976), receiving an Oscar for best director. His ROCKY V (1990) was also a smashing success. Prior to that, Avildsen directed the first three KARATE KID movies (1984, 1986, 1989). Beyond these series, he is also known for LEAN ON ME (1989), a biopic about a school principal in New Jersey, played by Morgan Freeman. INFERNO (1999) with Jean-Claude Van Damme was Avildsen's final film. He died in 2017 at the age of 81.