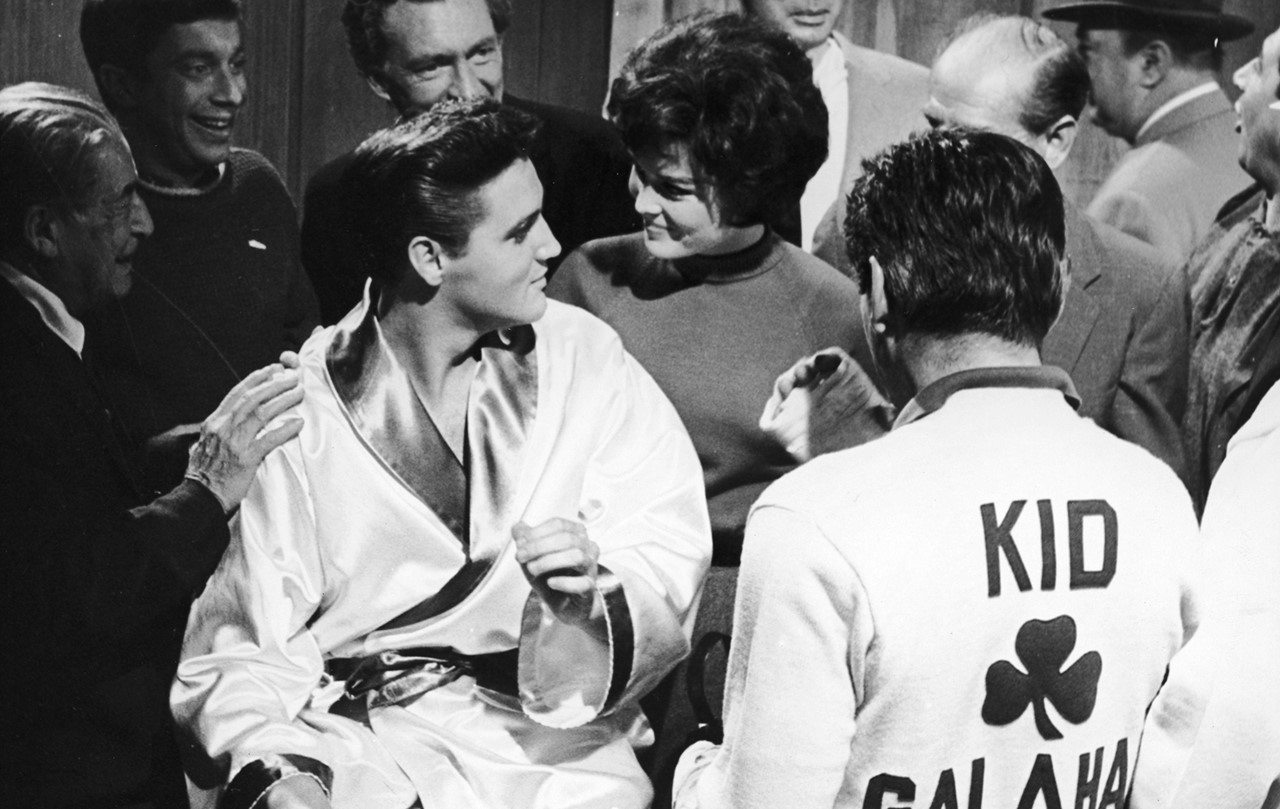 Even this music-meets-boxing film from 1962 leaves no doubt that Elvis has a handsome face. His defining characteristic in this story, however, is the fact that he can keep being punched in the face without falling over — until his opponent delivers a knockout punch. Walter Gulick is one hell of a guy: a recently discharged army veteran and mechanic who, surprisingly, can even sing. Returning to his home town of Cream Valley in upstate New York, Walter finds a job when boxing promoter Willy Grogan talks him into filling in as a sparring partner. Walter earns his nickname, "Kid Galahad", while fighting chivalrously for the love of Grogan's little sister. Grogan himself is engaged, but his fiancée, Dolly, is unhappy because Grogan won't set a date for their marriage. They can only learn from Elvis, who knows how a gentleman needs to behave. In need of money, Grogan sets up shady deals that get even upstanding Kid Galahad into a predicament. Elvis trained for this part with Mushy Callahan, a former welterweight junior champion. Callahan is said to have delivered the blows that strike Elvis head-on in close-ups. Galahad's coach is played by Charles Bronson, who later starred in ONCE UPON A TIME IN THE WEST. 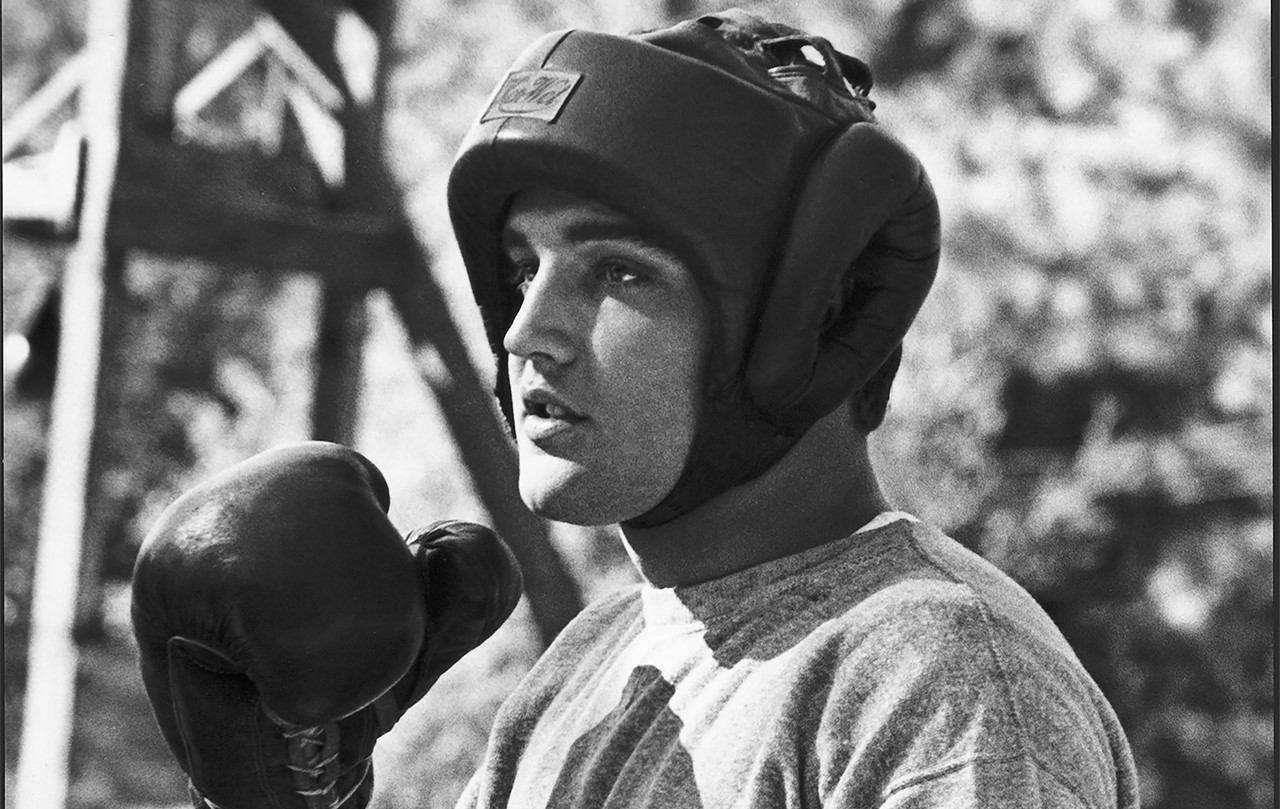 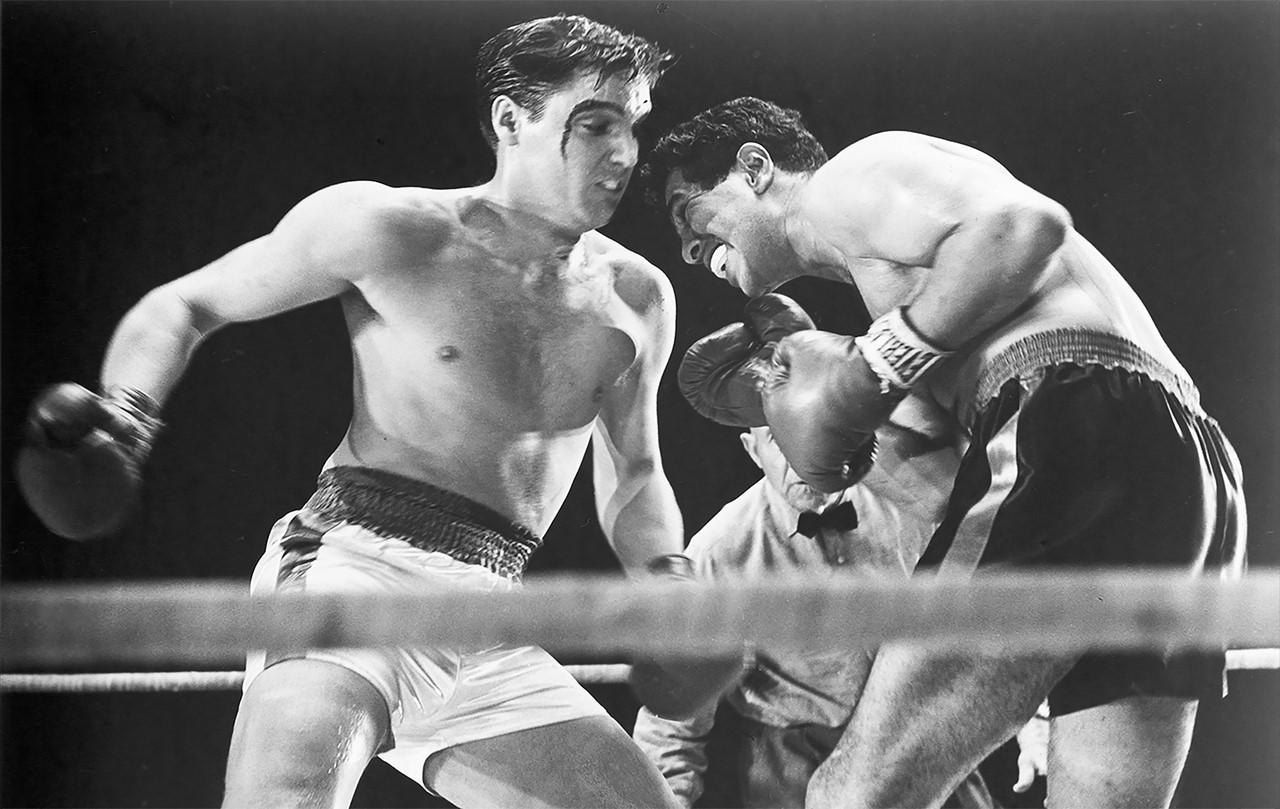 Phil Karlson was born in Chicago in 1908. The son of an Irish actress, he was exposed to film at an early age. He first worked as an assistant director before directing his first film, A WAVE, A WAC AND A MARINE (1944) for B-movie studio Monogram. Among his early films is LADIES OF THE CHORUS (1948) with Marilyn Monroe. Karlson filmed a series of films noir, including KANSAS CITY CONFIDENTIAL (1952), 99 RIVER STREET (1953), and THEY RODE WEST (1954), with John Payne in the starring role. Karlson mainly directed B-movies, such as WALKING TALL (1973) and FRAMED (1975), both starring Joe Don Baker. Karlson died in Los Angeles in 1985.