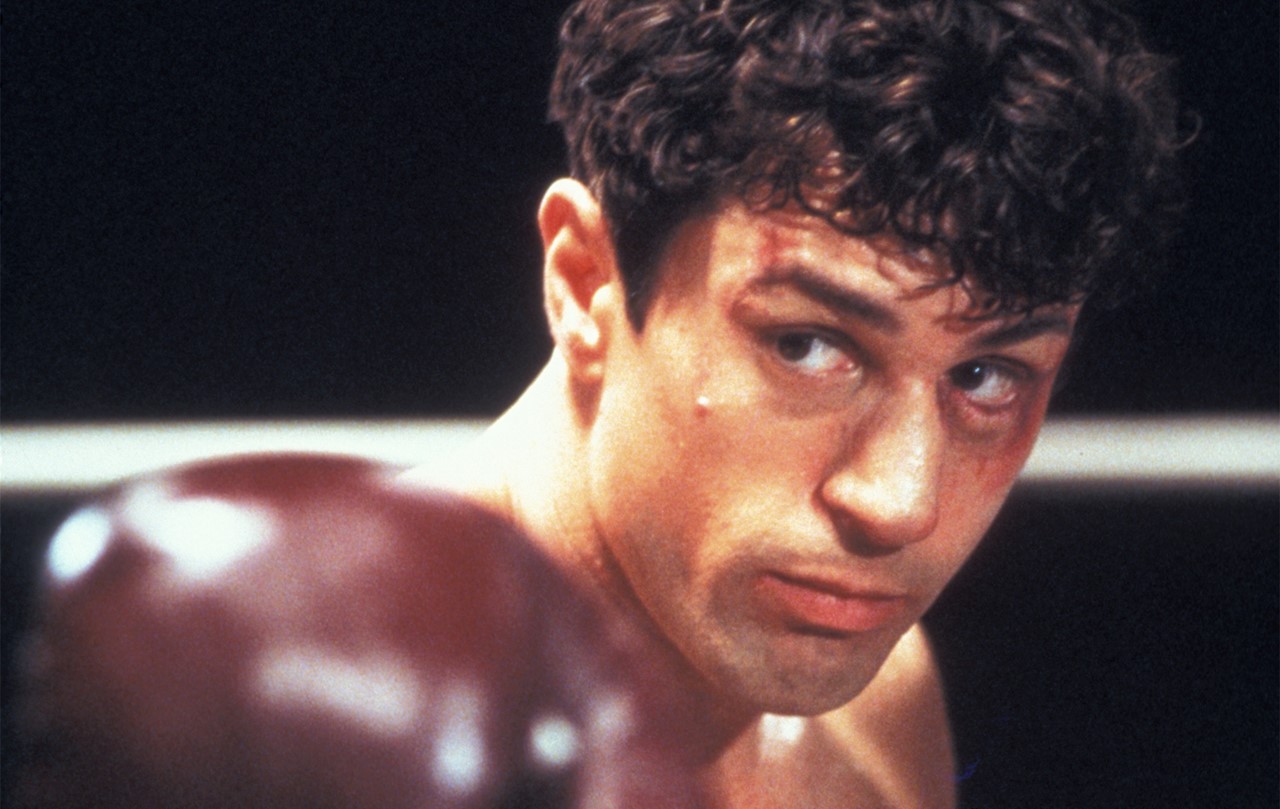 Martin Scorsese had never really thought of making a boxing movie. He just wasn't interested in the sport. But when his NEW YORK, NEW YORK (1977) flopped, Scorsese fell into a rut and nearly died of a drug overdose, he came to see boxing as an allegory for the struggles that must be fought in life. Working with Robert De Niro, who had come across the memoirs of Jake LaMotta, Scorsese filmed a portrait of a boxer who is unable to tame his brute side even outside the ring. This is the story of an up-and-coming man from Scorsese's neighborhood, Little Italy, whose Mafia connections and meteoric rise foreshadow his later demise. LaMotta, who has grown overweight, works as a nightclub manager in the 1960s and prepares for one of his standup comedy acts the same way a boxer trains to deliver his punches. Looking back, we see his life, his struggles, his closeness with his brother (Joe Pesci) and his relationship with underage Vickie, who becomes his wife (Cathy Moriarty, who in her first role was nominated for an Oscar for best supporting actress). Scorsese directs the boxing scenes as powerfully as the scenes from LaMottas personal life, as LaMottas jealous rage threatens to destroy both his relationship with Vickie and that with his brother. The shoot was a show of strength in every sense of the word and had to be interrupted for several months so that De Niro could put on weight in order to play LaMotta in his later years. Scorsese said De Niro ate his way across Italy and France in order to return 60 pounds heavier. In 1981, De Niro was given the Oscar for best actor, while cutter Thelma Schoonmaker received one for best editing. This film is considered one of the best of the 1980s and, in fact, of all time. 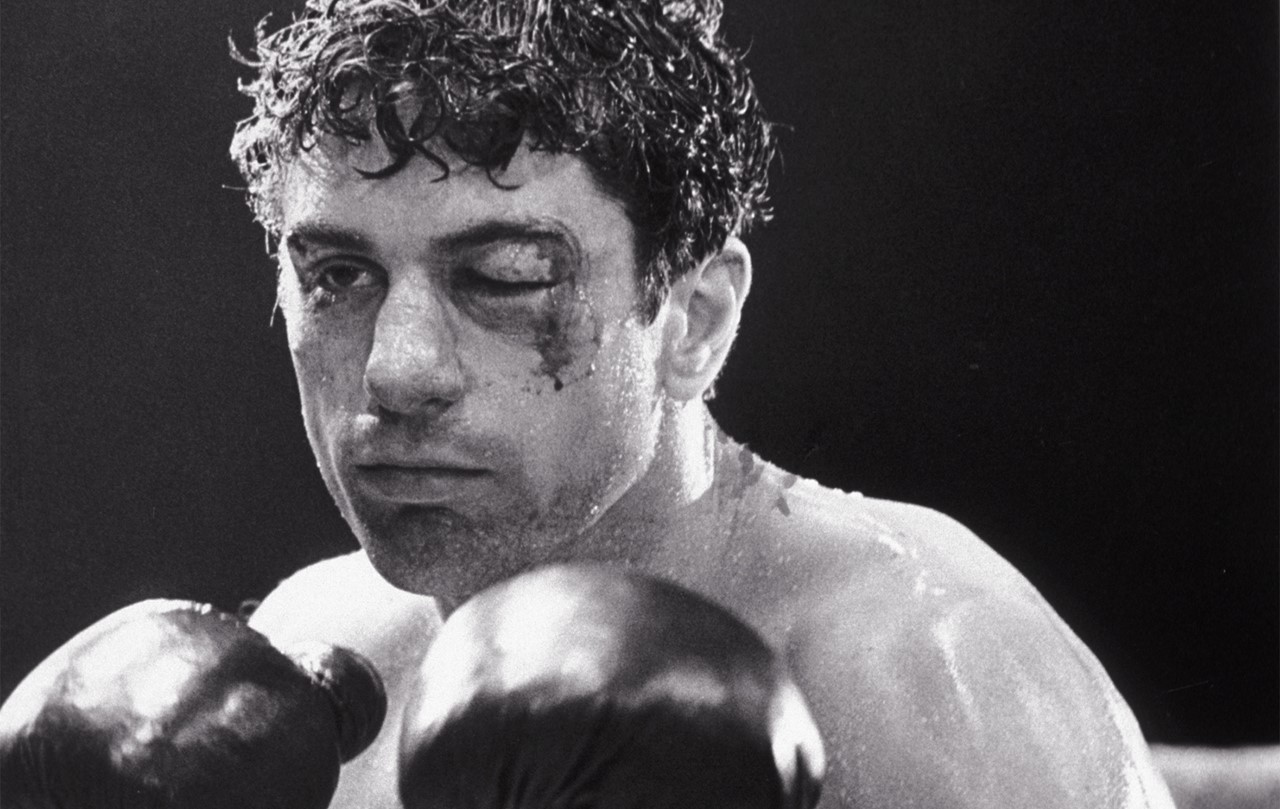 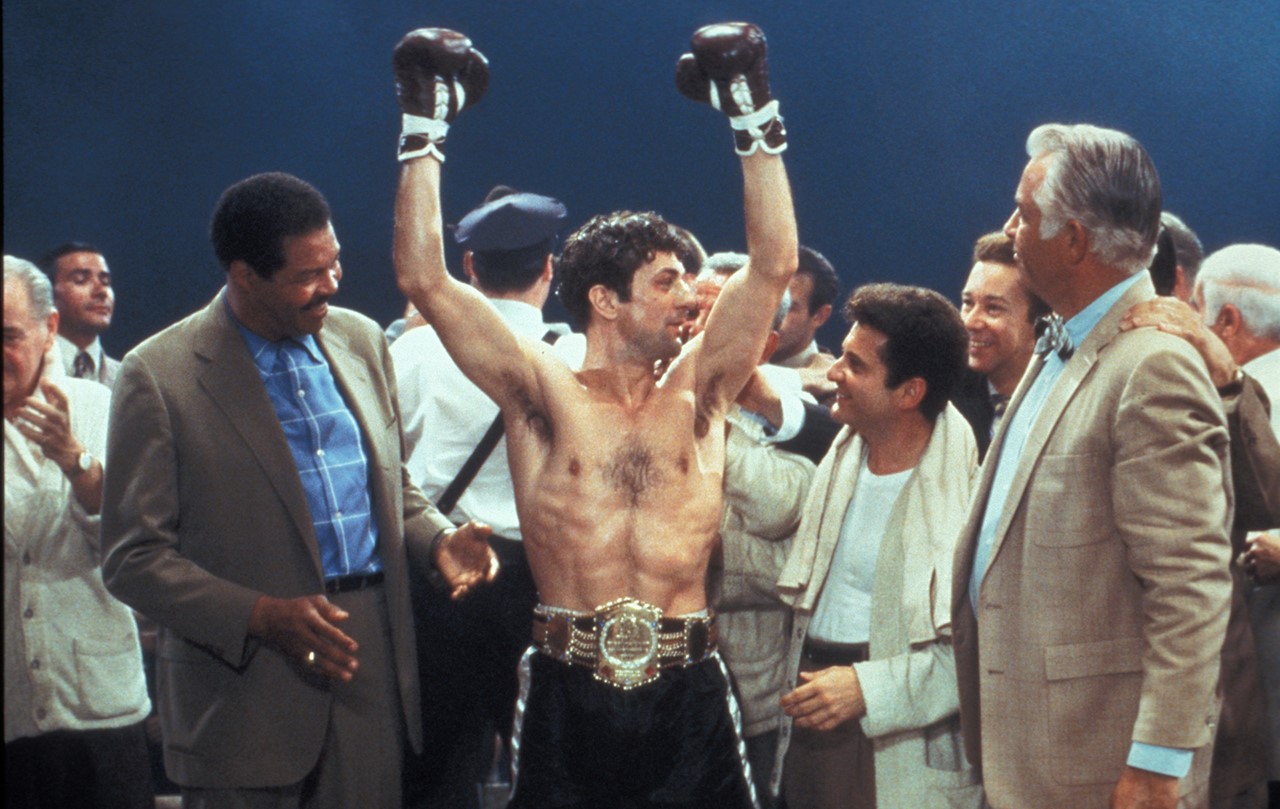 Martin Scorsese was born in Queens, New York, in 1942. Growing up in Little Italy would later inspire several of his films. As a child, he suffered from asthma and was hardly able to play outside or participate in sports. To compensate, his parents often took him to the movies. Scorsese's film work was inspired by the golden years of cinema as well as by international films. With TAXI DRIVER (1976), RAGING BULL (1980), and GOODFELLAS (1990), Scorsese became one of the most influential directors of the late 20th century.