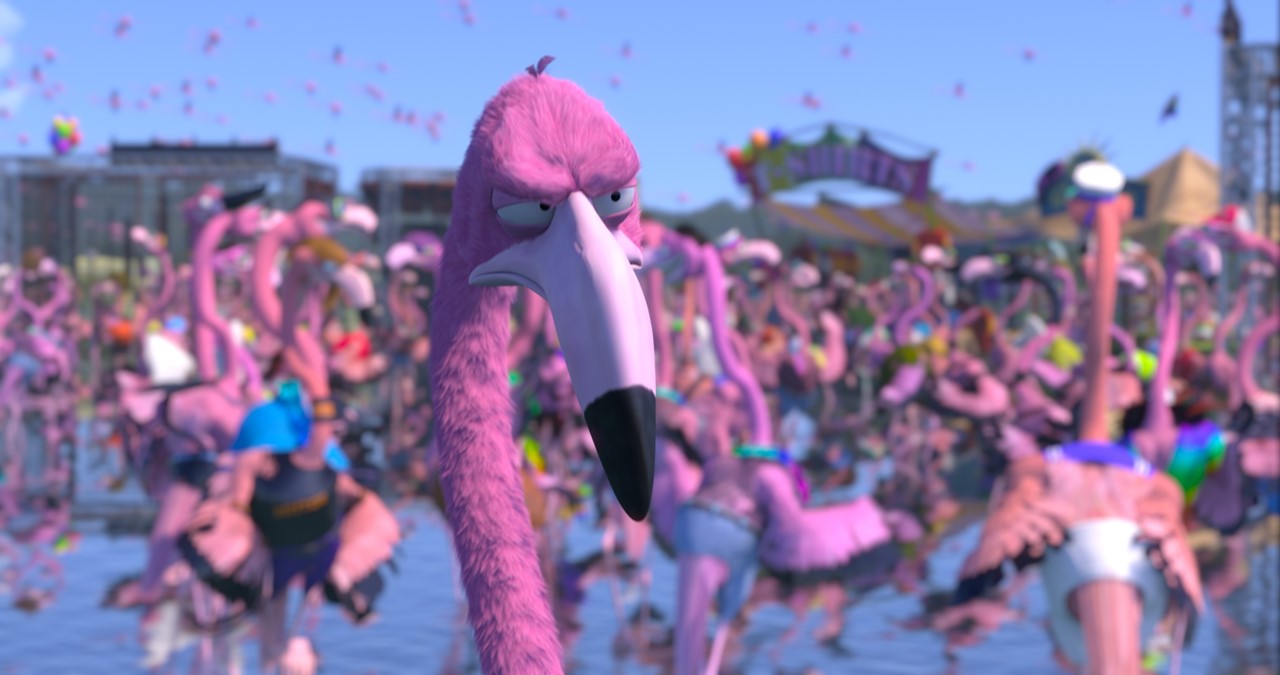 The short film will be screened before MAINSTREAM in the section spotlight.

Frustrated by being the only straight flamingo in a gay flock, our hero falls in love with a lady stork that flies by. Unable to convince her of his serious intentions, he becomes a loner and goes through an identity crisis. An intensive encounter inspires him to make a bold move ...

Tomer Eshed was born in Tel Aviv, Israel, in 1977. He graduated from the Jerusalem Art Academy in 1995. After his military service, he worked on film and comic projects in New York (2000–2001). From 2004 to 2009, he studied animation at the University of Film and Television “Konrad Wolf” in Potsdam-Babelsberg. His graduation film, FLAMINGO PRIDE, was shown at FILMSCHOOLFEST 2011 (then known as the International Festival of Film Schools Munich). DRAGON RIDER (2020) is his first feature-length animation film, based on Cornelia Funke’s fantasy novel from 1997.