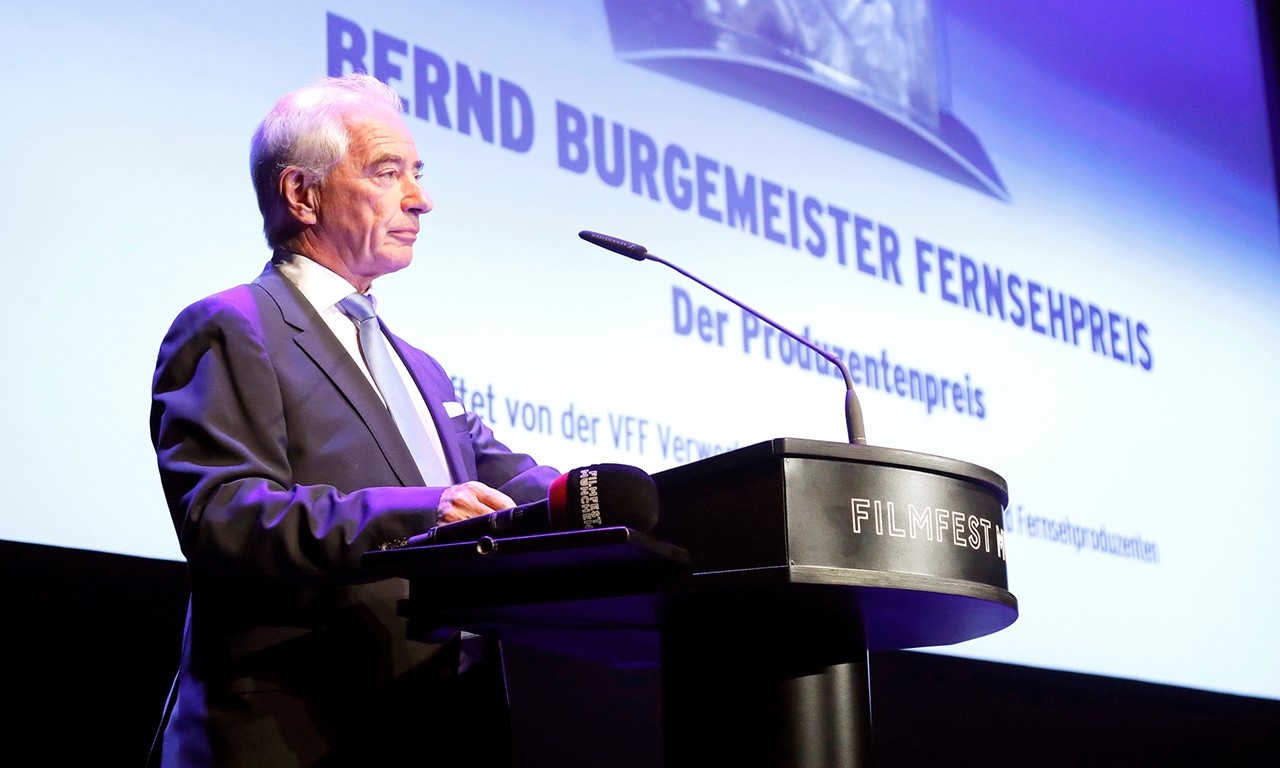 The Bernd Burgemeister TV Production Award of 25,000 euros is presented to the producer of the best TV movie in the New German Television Productions section. This year for the first time, a second Bernd Burgemeister TV Production Award will be presented to the best series or miniseries in that section. This second award also consists of 25,000 euros and is also sponsored by the VFF Verwertungsgesellschaft der Film- und Fernsehproduzenten, the German film and television producers’ royalty distributor. Both decisions are made by a three-person jury consisting of Bettina Reitz, Susann Mann, and Edgar Selge.

The winning film will be shown after the Award Ceremony.