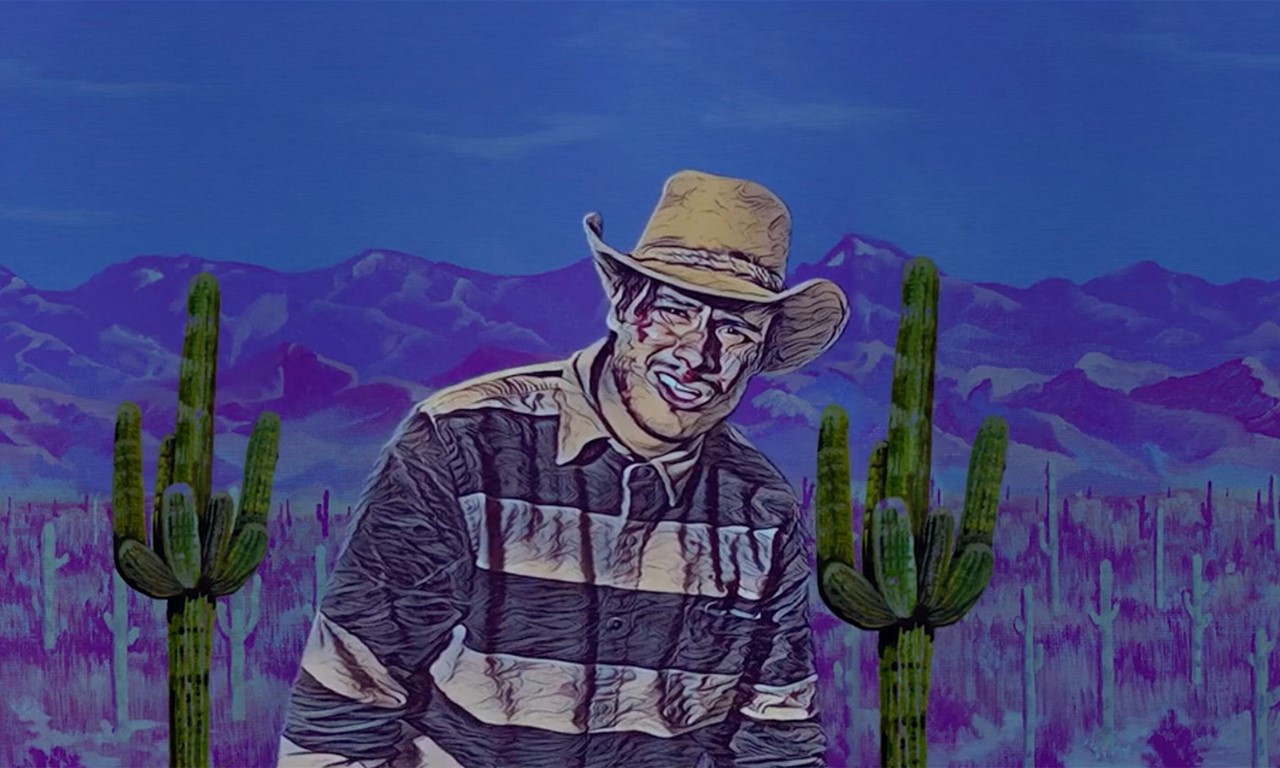 Western meets metaverse in a hilariously creative mix of styles that brings the most classic of all film genres into the 21st century.

In 1870s Arizona, two charming drifters, Frank and Bruno, team up with a tough woman named Linde to search for an elusive frontier musician across various timelines and dimensions. Hot on their heels is the unscrupulous Colfax, who has a score to settle with them. And then there’s the matter of Schrödinger’s cat. This film alternates between 16mm live action, paper cutouts, hand-drawn animation, oil paintings, 8K video, collages, digital animation, and musical performances, with each type of art representing its own competing timeline. 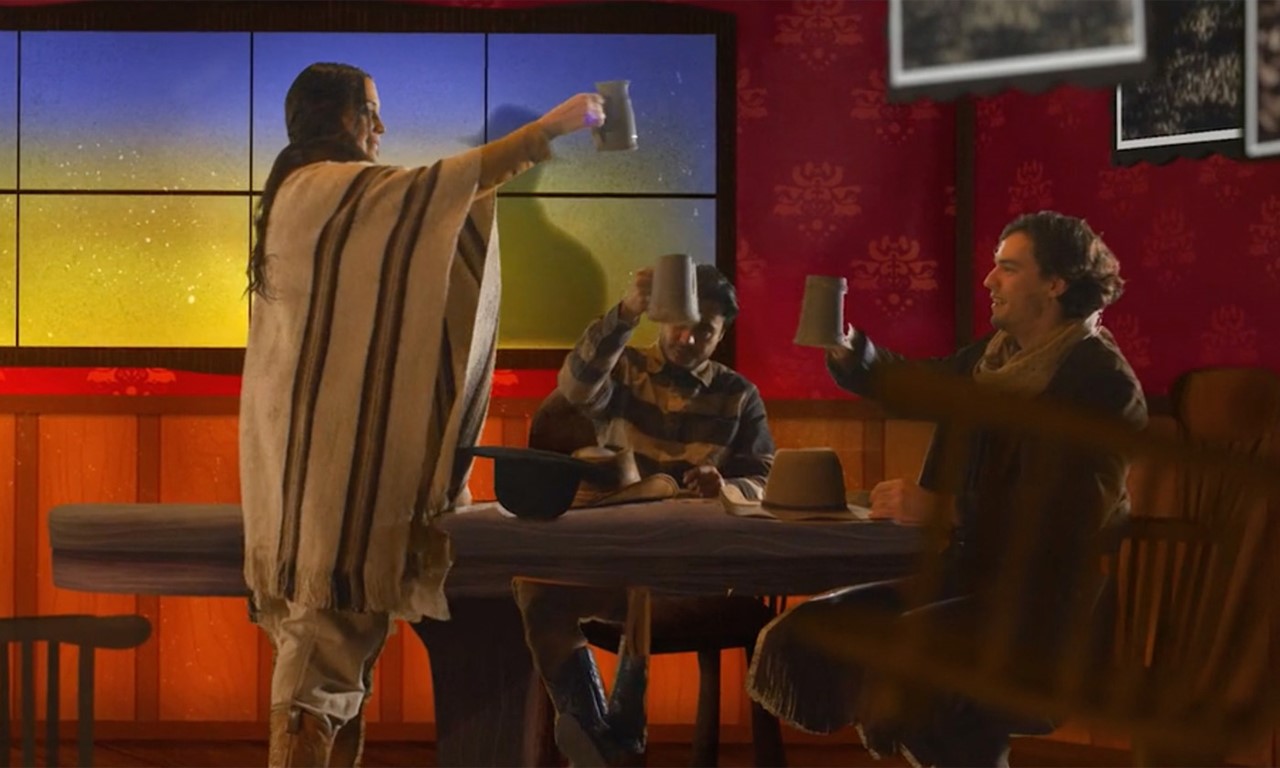 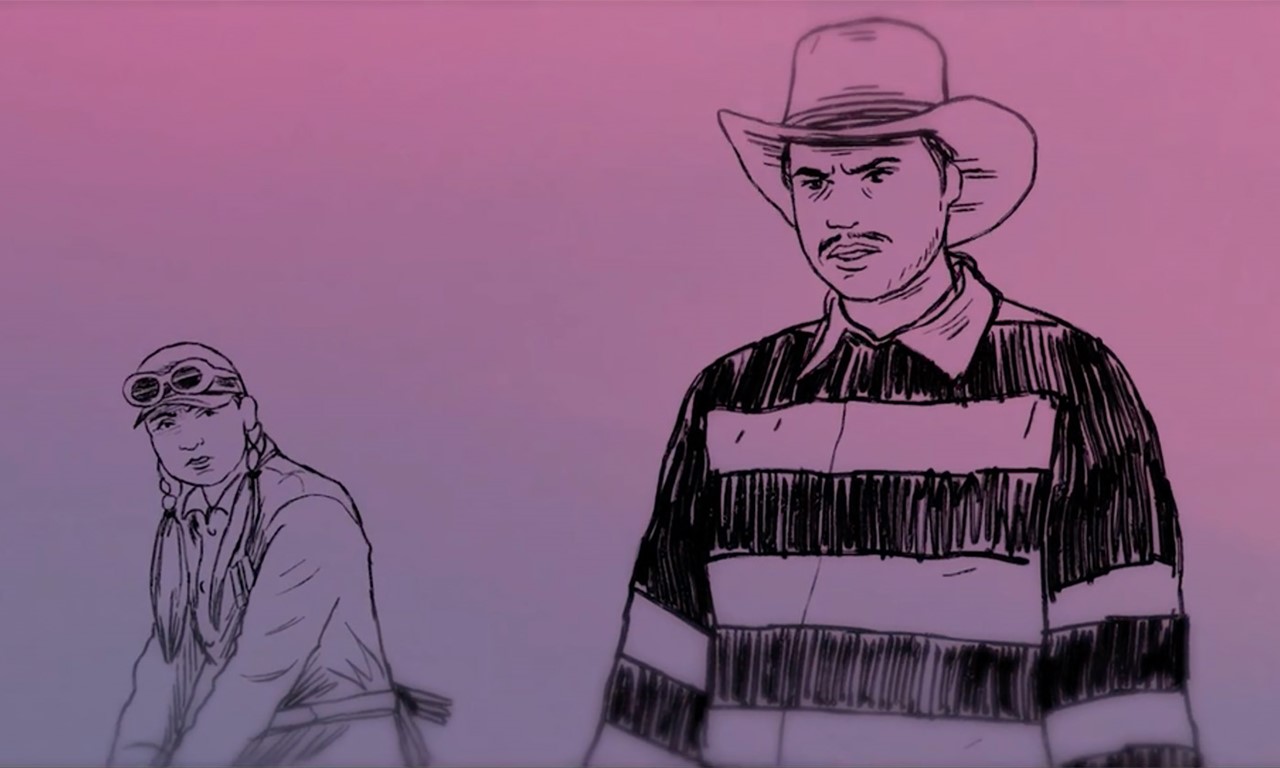 Geoff Marslett, born in Texas, is an animator, director, writer, producer, and actor. He grew up as a cowboy with an interest in physics and worked both in construction and at the Naval Research Laboratory before becoming a filmmaker. His work often revolves around the romance of connection and the way that exploring your universe changes you and the place you’re exploring. He adores his cat named FatFace, and still genuinely loves making things. He divides his time between teaching at the University of Colorado and making his own films.