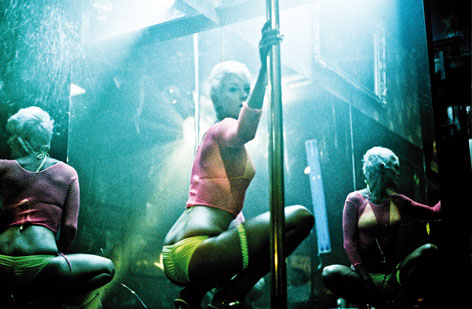 Perhaps the first narrative film to star a man blind since birth. In a role inspired by his own life, Larry Lewis plays a solitary man recovering from alcoholism and working towards stability. When he joins a Jiu Jitsu academy he finds a close friend in his young hard-partying instructor, Darren. But, as disturbing aspects of Darren's life are revealed, Larry soon finds himself alone and faced with the consequences of a horrific act of violence. Press Kit "My primary focus as a filmmaker is on the human body and the idea of sensuality. How our physical vessels determine the relationship we have to reality more than we wish to acknowledge... Our approach was about moving quickly, preserving the freshness of this strange and ephemeral idea. I felt that if I were to understand the motives behind my choices intellectually as opposed to on a purely instinctual or corporeal level, the ideas would somehow lose their power." Kitao Sakurai