Homa, a highly appreciated and respected senior nurse working in a private hospital, is offered a 10-day nightshift for a single patient, an old lady. From the first night on and throughout her 10-day nightshift it snows constantly and heavily. The immediate consequence of this sudden and complete change in her everyday life is insomnia and all it does to an insomniac. 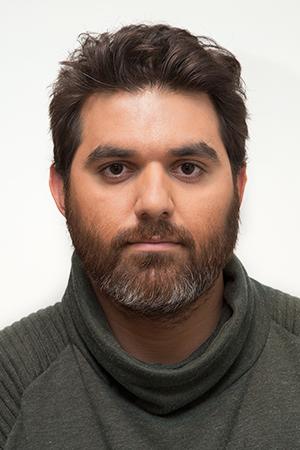 Born in 1986, Morteza Farshbaf holds a BA in Cinema from Tehran University of Art. He's been involved in filmmaking since he was 18 and he made his first short HALLOWEEN in 2004. His next short films are: THE CARPET (2005), TAXI (2006), FLAKEY (2007) and THE WIND BLOWS WHERE IT WANTS (2008). Mr. Farshbaf attended Abbas Kiarostami's workshops and collaborated with him on several film projects. He made his debut feature film, THE MOURNING; in 2011 which premiered at Busan Film Festival and received the Best Film Award and FIPRESCI Prize; and screened at more than 20 film festivals around the globe. AVALANCHE (2015) is his second feature film.