“It all begins with a trash-talking great-grandfather: Century Gowda, a saucy 101-year-old who likes to occupy his mornings by giving his fellow villagers sharp-tongued, if charming, verbal beatdowns. "Has your wife left you yet?" he asks a neighbor who crosses his path. "She found someone better?" THITHI is not your average life-in-a-small-village picture. Plot-wise, this indie Indian film (shot in the Kannada language) is in keeping with the genre: successive and often conflicting generations of fathers and sons are forced to come together in the wake of the death of a loved one. In between, there are subplots about a ploy for land, a budding love affair and a number of missing sheep. But THITHI’s strong performances (all by non-professional actors), tight pacing and pithy dialog make it more than the sum of its parts. Most impressively, it is the work of a first-time 26-year-old director: Raam Reddy, a polymath who counts fiction and photography among his other artistic interests.” – Carolina A. Miranda, Los Angeles Times 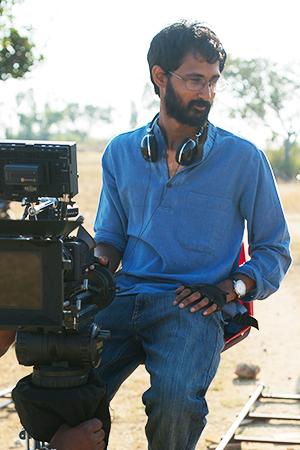 Raam Reddy, a 25 year old writer-director-producer, studied in St. Stephen's College, New Delhi, where he pursued photography, writing and film. He won several photography competitions, started writing his debut novel “It's Raining in Maya” at the age of 19, and wrote and directed several short films. In 2011, Raam wrote, directed, shot and edited a Telugu short film called IKA (meaning "Feather") that has won international awards and screened at many festivals. Raam went on to study Directing at Prague Film School. THITHI is his debut feature and won the Golden Leopard and the Swatch First Feature Award at Locarno. Raam heads Prspctvs Productions, a small independent production house based in Bangalore, India.