Nada is going home. Or at least she wants to. When she returns to Lebanon, she realizes she’s a foreigner in her own country. But there’s still a place she calls home: an abandoned house in ruins, haunted by the presence of her grandfather, who disappeared mysteriously during the civil war. Something happened in this house. Something violent. Nada is a young woman searching for the truth, and discovering herself.
“‘Go home’ is something you get told a lot when you are an emigrant. ‘Go home, go back to where you come from.’ And one day you go back to your home country, and you hear ‘Go home’ again. You’re not from there anymore. Because you have changed, and because the country has changed. What is ‘home’ today? Is there a new way to define it? What does it mean to belong, in a time of constant migration?” – Jihane Chouaib 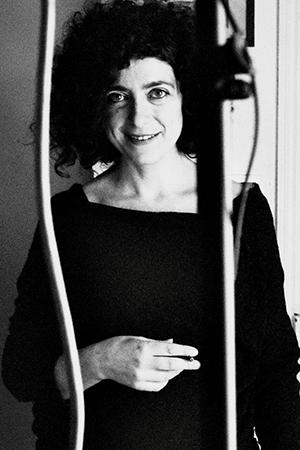 Jihane Chouaib was born in Beirut, Lebanon. Fleeing the civil war, her family settled in Mexico 1976, where Chouaib spent her childhood. As a teenager, she traveled to France, where she studied philosophy and discovered theater. She worked as a screenwriter and script consultant. She directed several short and medium-length films shot in France, including the highly acclaimed FROM UNDER MY BED, which screened at the Critic’s Week at Cannes 2005. Her most recent film is DREAMED COUNTRY, a feature documentary shot in Lebanon, released in October 2012.