Northern Nepal, 2001: While government forces and Maoist rebels keep a fragile ceasefire, the two young friends Kiran and Prakash try to earn money selling eggs in their village. When their hen disappears, they have to set out in search of it through a country ravaged by poverty and civil war.
“This film is shot in my home village Mugu. I want to bring the audience's attention to a region so beautiful yet wrought with unimaginable hardships. The two young protagonists, as well as most other roles, are nonprofessional actors selected from the local community.” - Min Bahadur Bham 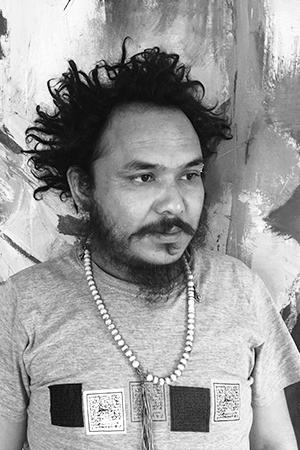 Born in 1984, Min Bahadur Bham graduated in Nepali Literature and Filmmaking and has a Post Graduate Degree in Buddhist Philosophy and Political Science. His short film THE FLUTE (2012) was the first Nepali film at Venice Film Festival and won the Jury Award at Toronto Nepali Film Festival. He participated in the Berlinale Talent Campus and attended the Asian Film Academy at Busan International Film Festival in 2013 where he was awarded The Outstanding Fellow Award. Min Bahadur Bham is a President of the Independent Film Society of Nepal and Assistant Professor at Oscar College of Film Studies. He owns a production company, Shooney Films. THE BLACK HEN is his debut film and the first Nepali long-feature film screened in Venice.