A devout Orthodox Jewish woman lives with her family at the edge of the Jewish cemetery on Jerusalem’s Mount of Olives. During the day, while her husband and children are at school, she is left alone on the mountain. She goes for walks in the cemetery, trying to escape her daily routine of house work. One night, out of frustration, she storms out of the house, climbing the cemetery, running wherever her feet will carry her. To her surprise, she is exposed to an unsettling sexual scene. Stirred by this image, she starts exploring this new realm of the mountain, while trying to keep a normal face during her daytime routine. Until she can't anymore. 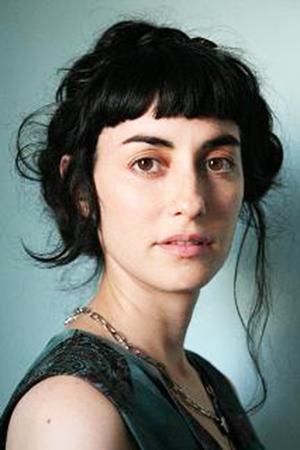 Yaelle Kayam was born in Tel Aviv in 1979 and studied film at Victorian College of the Arts in Melbourne and at Sam Spiegel Film and Television School in Jerusalem. Her short DIPLOMA about an odyssey through Hebron on the way to the Palestinian University screened in the Cinéfondation sidebar in Cannes 2009 and won the award for best screenplay and the Prix Interculturel at the Munich Filmschoolfest 2009. MOUNTAIN is her first feature film.