To try and escape the doldrums of growing up in Gaza, 10-year-old Muhammed and his sister Nour found a band with improvised instruments and start playing weddings and parties. Muhammed makes a name for himself with his singing voice, but goes to work as a taxi driver until he hears the auditions for “Arab Idol” are taking place in Cairo. He resolves to do whatever he has to get there… Based on a true story. 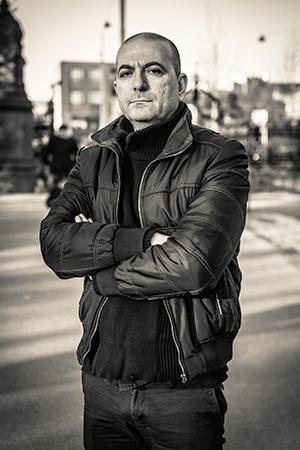 Hany Abu-Assad was born in Nazareth in 1961 and studied engineering in Amsterdam, where he went to work as an aeronautical engineer. On his return home, he met Palestinian filmmaker Rashid Masharawi and began shooting documentaries about life in the Palestinian territories for Channel 4 and BBC. In 1990, he founded Ayoul Films and shot his first dramatic short PAPER HOUSE 1992. HET VEERTIENDE KIPPETJE (1998) was his debut feature and screened at Netherlands Film Festival. His feature doc FORD TRASITION screened at TIFF 2002. He came to international fame with PARADISE NOW (2005), which won a Golden Globe, and OMAR (2013), which won the Jury Prize at Un Certain Regard in Cannes.