EL CLÁSICO is what they call the soccer matches between Barcelona and Real Madrid. Midget brothers Alan and Shirwan live in a Kurdish town in Northern Iraq. Alan wants to marry beautiful Gona, but her father Jalal doesn’t want his daughter to marry a midget. Since Gona’s father is a huge Real Madrid fan, Alan decides his only hope of changing the patriarch’s mind is to go to Madrid and present star Ronaldo with a pair of shoes made by Jalal. The diminutive brethren set out for Spain, through an Iraq dominated by smugglers, terrorists and bureaucrats – riding on an ATV. 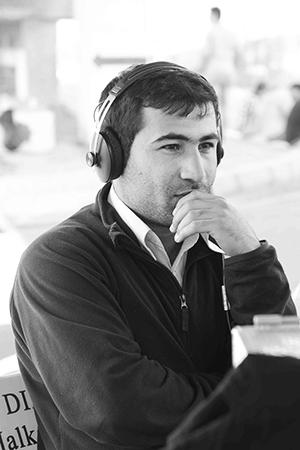 Halkawt Mustafa was born in Sulaymani, Iraqi Kurdistan, in 1985. He moved to Norway with his family in 2000 and became a Norwegian citizen. He studied directing at NISS (Nordic Institute of Stage and Studio). RED HEART (2011) was his first feature film.