Three investors, wolves in sheep’s clothes, can’t for the life of them find heart or soul. In their jets they circle the globe, preaching love and earning gold. Smoke and mirrors is their game, ministers, unions and kings enjoy their fame. Gambling with open cards at the table, where there’s no risk there’s only one aim: the truth is a lie, 'cause lying is real – when you get pranked, how does it feel?
“We met with many super rich and those who have something to say in their world, and interviewed them. We concentrated on their way of life, their vocabulary, their recreational activities. We also read a lot, of course. The personal conversations were very productive. Since our approach wasn’t a journalistic one, they were very open and willing to let us in on their private details because they are proud to count themselves amongst the winners. Many a situation they described about their everyday life, we tried to implement. We stayed very closely to reality. We didn’t have a script and often tried to implement citations of them one-to-one in the movie.” – Julia Niemann 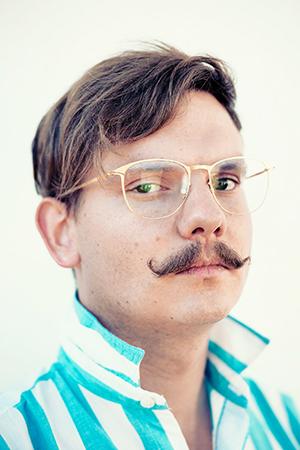 Daniel Hoesl was born in St. Pölten, Austria in 1982 and studied in Salzburg, Vienna and Prague. He worked with filmmakers like Michael Glawogger and Ulrich Seidl, and founded the European Film Conspiracy collective. He often develops his films like SOLDATE JEANETTE (FILMFEST MÜNCHEN 2013) with the actors from autobiographic sketches, which he stages in highly stylized images.