Dora is a neglected girl who dreams about becoming a football manager. She finds a role model in Zdravko Mamić, the controversial manager of the most successful Croatian football club, Dinamo Zagreb. She spends her days on the Internet studying him and exploring content which is inappropriate for a child of her age: corruption, trials and constant clashes in the football world. Then Dora’s outlaw father Vedran reappears after four years. Her mother Lidija is deeply unhappy. She can’t stand either her estranged husband, or her own children. Dora instinctively saves her father when the police knock on their door with a search warrant. Dora finds what she’s been missing all these years in Vedran: parental love, attention and care. She resolves to do all everything she can to keep him in her life. 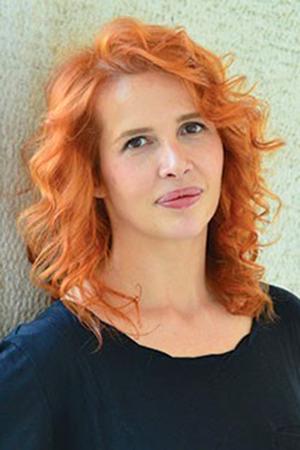 Ivona Juka was born 1976 and studied directing at the Academy of Dramatic Art in Zagreb. Her shorts GARBAGE (2003) and EDITING (2006) screened at several US festivals. Feature doc FACING THE DAY also won a string of prizes. She was selected by the European Film Academy as one of five European students to make a short film for awards ceremony in Berlin, and participate at the EFA conference “Cinema of Tomorrow” in Warsaw. Her short VIEW FROM A WELL (2010) won the award for best director at American International Film Festival, among other prizes. She also directed TV series IF I WERE SOMEONE (2015). YOU CARRY ME won the City of Split Award for best script, the Branko Bauer award of the Croatian Film Directors’ Guild, and an éQuinoxe Master Class scholarship as one of the ten best European projects.