After 20 years in jail, Kadir is released on parole, as long as he agrees to be an informant for the Turkish government, gathering information on terrorist threats and combing the garbage of Istanbul for IEDs. Kadir finds a flat in his old neighborhood, where his younger brother Ahmet lives. Kadir shoots stray dogs on behalf of the city, but spares one and takes it home with him. The growing paranoia in the city soon impacts the two brothers’ relationship, as well: Kadir suspects friends of Ahmet’s of planning terrorist attacks. Who can be trusted? Emin Alper stages an apocalyptic vision close to the pulse of the times. 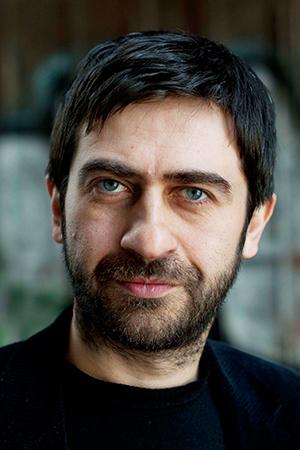 Emin Alper was born in Konya, Central Anatolia in 1974. He graduated from high school in Ankara and studied civil engineering at University of Istanbul, then economics, then history. He received his doctorate in history, and taught at İstanbul Teknik Üniversitesi. He wrote film criticism for university publications and acted in Seyfi Teoman’s short APARTMAN, then started shooting his own short films MEKTUP (2005) and RIFAT (2006). His debut feature TEPENIN ARDI – BEYOND THE HILL (2012) screened at Berlin, where it won the Caligari Prize, as well as 20 other prizes at various festivals, including at Istanbul and Ankara. FRENZY premiered at Venice, where it won the Jury Special Prize and Premio Arca CinemaGiovani.