THE LAND OF THE ENLIGHTENED
Filmfest 2016

A gang of Afghan kids from the Kuchi tribe dig out old Soviet mines and sell the explosives to children working in a lapis lazuli mine. When not dreaming of the time when American troops finally withdraw from their land, another gang of children keeps tight control on the caravans smuggling the blue gemstones through the arid mountains of Pamir.
“Everything is complicated in Afghanistan. There was a lack of security, rough landscapes and a lack of roads, so everything needed to be transported by donkeys, horses, camels and porters to the locations where we wanted to film. The altitude was also very challenging, there was little good food, warm places to sleep, and fuel and generators broke down so we had to continue shooting with Bolex cameras with spring mechanisms because the batteries for the Arri were empty. The extreme cold made the batteries drain even more, so we had to put them in our underwear to avoid having to charge them more. We got attacked by Taliban and the crew had to be evacuated, we were thrown in jail three times, the Afghan crew was heavily injured and was forced to destroy all the cinema gear at gunpoint because they were working for ‘infidels,’ etc, etc. You name it!” –Pieter-Jan De Pue 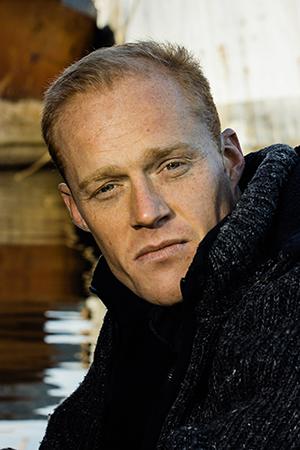 Pieter-Jan De Pue was born in Ghent, Belgium in 1982. He traveled to Gaza and the West Bank in 2002 as a photographer, then to the Amazon in 2004, and Afghanistan in 2007. His photographs were published in magazines and newspapers. He earned his Master’s in Audiovisual Arts from the Royal Institute of Theater, Cinema & Sound in Brussels 2006 with short film O, which won third place at the United Nations Environmental Award and screened at numerous international festivals. THE LAND OF THE ENLIGHTENED is his feature film debut, and took seven years to shoot.