Anishoara is a 15 years old girl from a small village in Moldova. Her village is situated in a picturesque valley between rolling hills. Life seems calm but archaic alone with her old grandfather Petru and her little brother Andrei. In summer she and her friends make a trip to the melon harvest, where she feels for the first time the overwhelming sensation of first love. In autumn comes an old, strange German tourist to the village, who interferes with her life for a brief moment. In winter Anishoara travels for the first time in her life to the sea, with Dragosh, the young man she fell in love with. In spring she is longing for Dragosh, but he returns with a surprise. It is the last year of Anishoara’s childhood in this valley, before she takes off into her new adult life. 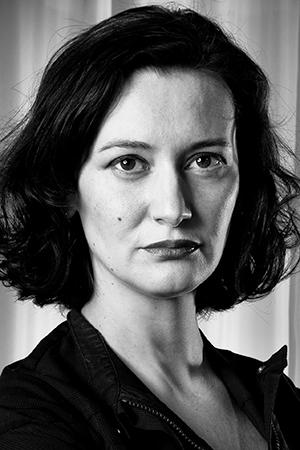 Ana-Felicia Scutelnicu was born in Moldova in the former Soviet Union. After living four years in Benin, West Africa, where she worked at the theatre, she moved to Berlin and enrolled at the German Film and Television Academy Berlin (dffb). Her short films ÎNTRE ZIDURI (BETWEEN WALLS, 2007) and HINTERHOF (BACKYARD, 2010) screened at international festivals and won numerous prizes. She shot an episode of TV doc 24H BERLIN (2009). Her film PANIHIDA won the Robert Bosch Coproduction Prize for German-Eastern European coproductions in 2010 and had its premiere at Rome International Film Festival in 2012, where it won the CinemaXXI award. ANISHOARA (2016) is her graduation film at the dffb and her debut feature.