Behind his thick glasses, Xico likes to daydream as he drives around in their truck Big Jet, as his dad makes his rounds cleaning the streets in their barrio with no sanitation. His dad drinks and hits him sometimes, calls him a dreamy poet. Xico’s anarchist uncle Nelson however, a hard-partying radio host, gives him a typewriter. In marvelously melancholy fashion, BIG JET captures the moment in the life of a 15-year-old when childhood and growing up collide. 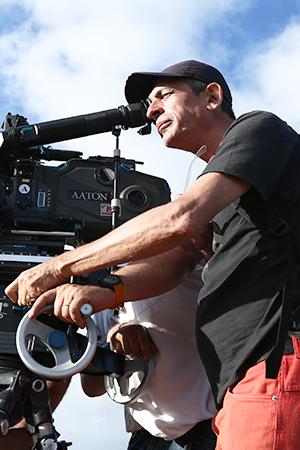 Cláudio Assis was born in Caruaru, in Pernambuco state, Northeastern Brazil, in 1959. He acted in the theater group Caruaru Fair, and shot a series of shorts starting 1993. He won the prize of the Int’l Confederation of Art Theaters for his debut feature AMARELO MANGA (2002) at the Berlinale Forum 2003. Next came BAIXIO DAS BESTAS (2006) and FEBRE DO RATO (2011). BIG JATO won prizes for Best Film, Best Actor, Best Actress and Best Soundtrack at Festival de Brasília do Cinema Brasileiro.