Sebastian is 35 and live in the favelas of Buenos Aires with his wife Jasmin. Thanks to a spelling mistake, he keeps getting calls from customers looking for a taxi cab. Pretty soon he gives up correcting them and seizes on this new opportunity to make money. One of his customers is mysterious old Jalil, who wants Sebastian to drive him to La Paz, from where he wants to travel to Mecca as a pious Muslim. Sebastian agrees to drive him 3000 kilometers, a turbulent road trip which bonds the two very different men together. 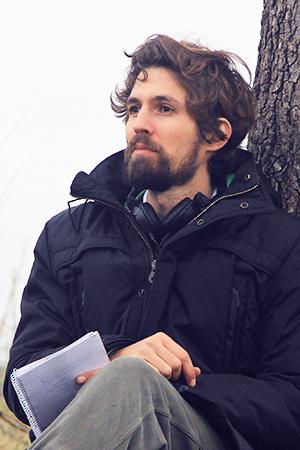 Francisco Varone was born in Buenos Aires, Argentina, in 1978. He graduated from the Universidad del Cine and began shooting commercials in São Paulo, Mexico City and Los Angeles. He teaches at National School of Cinematography and Visual Arts in Buenos Aires. ROAD TO LA PAZ is his first feature film.