In January 2013, Sergei Filin, former lead dancer and artistic director of the Bolshoi's ballet company, was on his way home when a man threw acid in his face. The vicious assault revealed what Bolshoi insiders had known for some time: the revered theatre was in crisis, defined by personality clashes, jealousy and dysfunction. In the weeks that followed, dancer Pavel Dmitrichenko was arrested and imprisoned for the attack on Filin; other dancers resigned or were sacked, and the Kremlin, desperate to create a fragile peace inside Russia's iconic theatre, installed a new director. The season of 2013/14 promised more soul searching and blood-letting. With unprecedented access, BOLSHOI BABYLON reveals the myriad personal and political divisions between dancers, managers and backstage workers, as the theatre attempts to paper over the cracks of a divided yet proud institution and regain its status as the world's leading dance company. 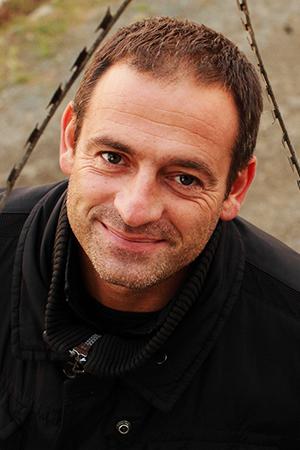 Nick Read (first) is a British filmmaker, based in London, known for making acclaimed observational documentaries, often shooting in difficult and dangerous locations. Having trained as a cameraman, since 1990 he has directed and filmed a number of award-winning documentaries for both British and American broadcasters including films inside Israeli jails, Baghdad's Green Zone and more recently a Kabul trauma hospital. Nick has worked in over 60 countries, and has won two Foreign Press Association awards (INSIDE ISRAELI JAILS), the Rory Peck Impact Award (SLUMDOG CHILDREN OF MUMBAI), and the Creative Diversity Award for best documentary (LETTING GO), and is a 3 times BAFTA finalist for best director & best cinematography. His first feature documentary THE CONDEMNED, about a Russian prison exclusively for murderers, premiered at Moscow Film Festival in 2013, and screened at over 20 festivals around the world.

Mark Franchetti (second) has been Russia correspondent for the "Sunday Times” since 2001. He received the British Press Award 2003 for his coverage of the hostage drama in the Dubrovka Theater in Moscow. In 2013, he co-produced documentary THE CONDEMNED with Nick Read. In 2015, he produced BOLSHOI BABYLON and co-directed with Nick Read.