While the Spanish Civil War rages in the plains below, the hills are peaceful and full of snow. Aspiring priest Teo is sent to a deserted outpost, to keep watch for Franco’s army for six months with fellow soldier Silverio. The tension caused by their claustrophobia is exacerbated when they take a wounded young Polish woman prisoner. As a member of the International Brigades, they should shoot her right away. But both men take a liking to their captive. A beautifully shot and tautly paced triangle drama. 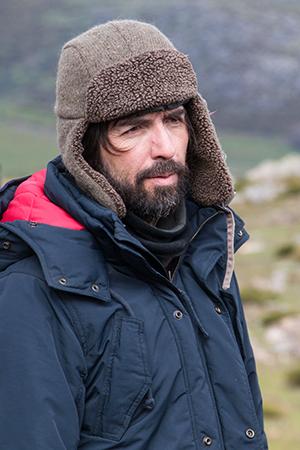 Arturo Ruiz Serrano studied law at University of Madrid before becoming a film director. He has won 99 prizes for his short films, including WC FILES (2002) and PASEO (2007). THE EXILE is his feature debut.