A hot summer in Lisbon. David, 14, awaits the imminent death of his grandfather but refuses to visit him, fearing this terrible loss. His mother, Mónica, spends her nights at the hospital. The void already left by his grandfather forces David to become the man of the house. He doesn’t feel ready to assume this new role, but without realizing it: the more David tries to avoid adulthood, the more he gets closer to it…
“The film is focused on those three or four days in which everything happens. Where there’s an overwhelming sense of a great catastrophe, the death of a grandfather, which is a shadow hanging over the entire film despite the fact he remains invisible. And mainly because I wanted to film this very buoyant sensation of time and space suspended for those few days, which is a very adolescent sensation… I think the adolescents of today are completely alone and no one really knows what the struggles of today’s adolescents are. I think that adolescence thrives on struggle against enemies, many of which are internal or spiritual.“ -João Salaviza 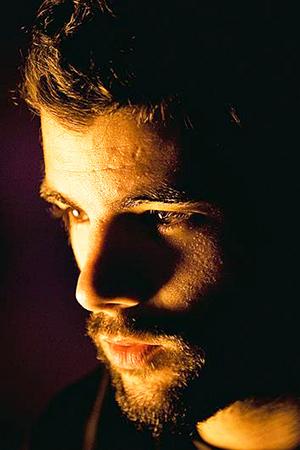 João Salaviza was born in Lisbon in 1984, where he studied at the ESTC (National Film and Theatre Academy), and at Universidad del Cine in Buenos Aires. In 2012, the Centre Pompidou in Paris showed a retrospective of his short films. ARENA (2009) won the Palme d‘Or in Cannes for best short, and RAFA (2012) won the Golden Bear in Berlin for best short, with CERRO NEGRO (2012) completing the trilogy. MONTANHA is his first feature-length film.