The landscape of Aberdeen is as beautiful as the work in the fields is hard. Young woman Chris Guthrie suffers under her tyrant of a father. She really wants to leave the family farm behind to become a teacher. But then she marries Ewan and decides to stay. WW I looms, Ewan has to join the Army. Chris stays behind on the farm, fighting for her independence. A visually spectacular adaptation of the first part of the “A Scot’s Quair” trilogy by Lewis Grassic Gibbon, author of “Spartacus”. 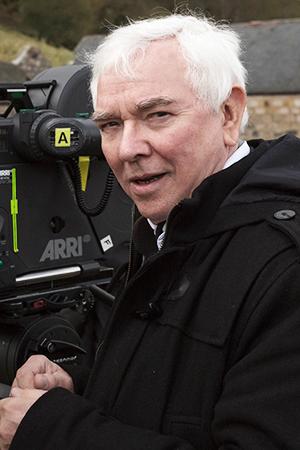 Terence Davies was born in Liverpool in 1945. He enrolled in Coventry Drama School 1971, where he wrote the script for his first short CHILDREN (1976), dealing with his childhood and tyrannical father. His shorts MADONNA AND CHILD (1980) and DEATH AND TRANSFIGURATION (1983) also dealt with his own biography, which became the three-part TERENCE DAVIES TRILOGY (1983). He continued his autobiographic trilogy with his first full-length feature, DISTANT VOICES, STILL LIVES in 1988, which won the FIPRESCI Award in Cannes. THE LONG DAY CLOSES was the last of his autobiographical series and was nominated for the Golden Palm. He then turned to literary adaptations: THE NEON BIBLE, based on the novel by John Kennedy Toole (1995, also nominated for the Golden Palm), and THE HOUSE OF MIRTH (2000, nominated for the BAFTA), based on the novel by Edith Wharton. His doc OF TIME AND THE CITY (2008) was a portrait of Liverpool. Davies next adapted a play by Terence Rattigan: THE DEEP BLUE SEA earned Rachel Weisz a Golden Globe nomination as best actress. After SUNSET SONG, Davies directed an Emily Dickinson biopic called A QUIET PASSION (2016). Terence Davies last visited FILMFEST MÜNCHEN for an homage 2001.