The story of three women forced to flee their homes in a war-torn region in Colombia.
Each of their journeys, marked by terror, takes them on a trek from the deep jungle to the outskirts of Bogotá, where they will gather new strength to start a new life.
”The setting for Felipe Guerrero’s debut feature is the lush forest interior of Columbia. At first glance, it is a verdant paradise. But armed paramilitaries roam the jungles and a messy, unfocused war rages. This is a world in which the poor are casually victimised and poor women fare the worst of all. It is perhaps for this reason that Guerrero has almost entirely stripped out the dialogue from this study of three separate women who flee from the war-torn rural areas to the relative safety of Bogota. Symbolically, and literally, the women have been denied a voice.” - Wendy Ide, Screen Daily 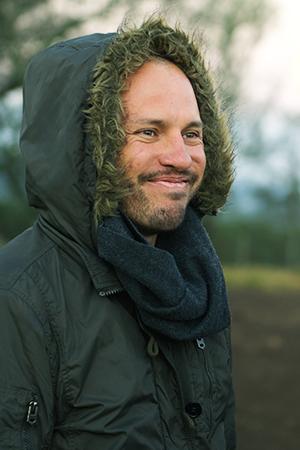 Felipe Guerrero was born in Colombia in 1975 and studied editing at the Centro Sperimentale de Cinematografia in Rome. He has been directing documentaries for over ten years, including PARAISO (2006) and CORTA (2012), which screened at numerous international festivals. OSCURO ANIMAL is his first dramatic feature and won best director, best female leads and best cinematography at Guadalajara 2016. In 2012, Guerrero founded his own production company mutokino.