“Two Mexican mini-luchadores die with their masks on in BLEAK STREAK, a slow, lunatic swirl into the hopes, kinks and day-to-day hustle of a handful of Mexico City characters so colorful, the pic’s black-and-white cinematography merely amplifies their eccentricities. Between its pint-sized pugilists, cross-dressing philanderers and desperate old whores, this carnivalesque group portrait might easily be mistaken for some lost Fellini project, were it not for the twist that this phantasmagoric true-crimer wasn’t dreamed up by its director, Mexican legend Arturo Ripstein, but pulled from the pages of the local newspaper.” –Peter Debruge, Variety 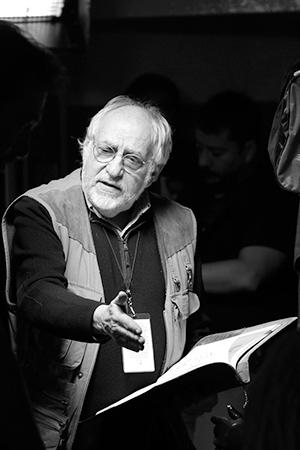 Arturo Ripstein was born in Mexico City in 1943. He began his film career as AD to Luis Buñuel on THE EXTERMINATING ANGEL (19629 and had his directing debut with TIME TO DIE (1965), based on a screenplay by Carlos Fuentes and Gabriel Garcia Márquez. He is one of the leading directors in Mexico, having directed over 30 feature films including PLACE WITHOUT LIMITS and THE BLACK WIDOW (both 1977), DEEP CRIMSON (1996) and EL CARNAVAL DE SODOMA (2006). He visited FILMFEST MÜNCHEN and showed a complete retrospective of his works in 1989.