MY FRIEND FROM THE PARK
Filmfest 2016

When her husband goes off to shoot a documentary in Chile, young mother Liz (Julieta Zylberberg) is left alone with her baby and herself. She befriends another mother in the Park, Rosa (director Ana Katz) and they hit it off right away. However, as Liz begins to grow clingy and co-dependent, the warm friendship begins to take a darker turn.
“Katz’s fourth feature as director deals thoughtfully with issues of identity, the hardships of parenting and the emotional and psychological changes women face during maternity. And Katz’s deft portrayal of Rosa as combustible and mysterious, at once alluring and scary to Liz, reminds us that Katz is as effective in front of the camera as she is behind it.“ – Andres Castillo 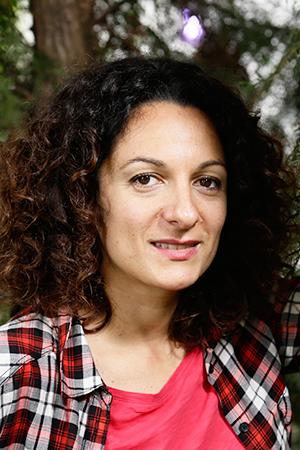 Ana Katz was born in Buenos Aires in 1975, where she studied directing at the Universidad del Cine. She is an award-winning actress and director who has won prizes for CHAIRS (2002), A STRAY GIRLFRIEND (2007) and THE MARZIANO FAMILY (2011). MI AMIGA DEL PARQUE is her fourth film and won the Special Jury Award at Sundance for best screenplay.