COME WHAT MAY
Filmfest 2016

“A wartime drama that’s more about the retreat than the offensive, Christian Carion’s COME WHAT MAY depicts a few of the many lives upended when Germany attacked France in May 1940, forcing 8 million citizens to flee the invading Nazi army in what would become one of the greatest population exoduses in modern history…. The film focuses on a German resistant, Hans (August Diehl), and his son, Max (Joshio Marlon), who flee their homeland to the pastoral fields of the Nord-Pas-de-Calais, only to find their new enclave evacuated when war heads their way. With a mayor, Paul (Olivier Gourmet), and schoolteacher, Suzanne (Alice Isaaz), leading the charge, the townsfolk pack their belongings and slowly make the journey — by foot and horse-drawn carriage — to the west, with the Nazis hot on their tail...” –Jordan Mintzer, The Hollywood Reporter 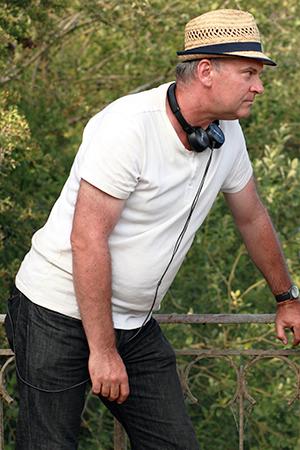 Christian Carion was born to a farming family in Cambrai, Pas-de-Calais, in 1963. He studied agricultural engineering while starting to experiment with a video camera. He met fellow film aficionado Christophe Rossignol, who became his producer and acted in his early films. Their first feature film together was THE GIRL FROM PARIS, starring Mathilde Seigner as a city girl who meets country farmer Michel Serrault. The film became a box-office hit, selling 2.4 million tickets at the French box office. MERRY CHRISTMAS (2005) about Christmas in the trenches of WW I, starring Daniel Brühl, Benno Fürmann and Diane Krüger, among others, was invited to Cannes and nominated for the Césars, the Golden Globes and the Academy Award. He shot his next film, spy drama FAREWELL (2009), with Emir Kusturica and Guillaume Canet.