THE CHILDHOOD OF A LEADER
Filmfest 2016

1918, the end of WW I. Seven-year-old Prescott has just moved to France from the United States with his parents. While his diplomat father is there to attend the Versailles Treaty negotiations, young Prescott displays disturbing and destructive behavior... Brady Corbet’s debut, loosely based on the story by Sartre, won the Orizzonti Prize in Venice for Best Director. Stunning imagery and a European all-star cast! 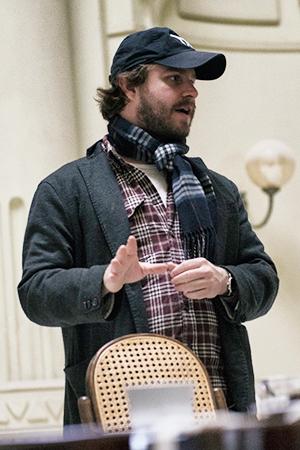 Brady Corbet was born in Scottsdale, Arizona in 1988. He started working as a child actor when he was twelve, appearing in THIRTEEN and the series 24. He played the psychopath Peter in the U.S. remake of Michael Haneke’s FUNNY GAMES, followed by roles in films by Lars von Trier and Noah Baumbach. Corbet wrote the scripts for THE SLEEPWALKER (2014) and his directing debut THE CHILDHOOD OF A LEADER (2015) with his girlfriend Mona Fastvold.