“Jude (Amber Heard) flees New York City for her childhood home in Southampton, where her father, one-time-star Paul Lombard (one of Christopher Walken’s best roles in years), lives with his unlikable new wife, Lucille (Ann Magnusen). Jude is a talented singer-songwriter but since her punk band broke up she has been reduced to singing commercial jingles and can’t afford her rent. Paul and Jude’s kindly business manager, Alan (Oliver), one of many older men with whom the promiscuous thirty-year-old has had one-nighter’s, tries to get her work but she is too irresponsible to follow through. She blames her misfortune on her equally irresponsible father, an oft-married, egocentric crooner who is trying to make a comeback. Once home, she and Paul, although they love each other, resume their decades-long, ego-damaging verbal sparring. Also she tries to put up with her righteous younger sister, Corinne (Kelli Garner), who has the husband, Jude’s ex-boyfriend Tim (Hamish Linklater), and child that could have been hers. Although she’s back home, Jude is lost, feeling rootless and directionless, with only her music to combat her self-pity and self-destructive streak. Fortunately, music is a powerful force…” –Danny Peary 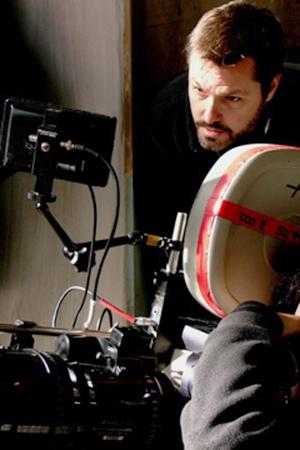 Robert Edwards was born in Bad Kreuznach, Germany, in 1963 to a military family. He attended High School in Hawaii with Barack Obama before enlisting in the Army and serving as Captain with the Airborne Rangers in combat in the First Iraq War. He enrolled in Stanford University’s documentary film program and made feature doc SUMO EAST AND WEST (2003) with his wife, Sundance award-winner Ferne Pearlstein (at Munich this year with THE LAST LAUGH, which Edward co-wrote). His feature directing debut was LAND OF THE BLIND (2006) starring Ralph Fiennes and Donald Sutherland.