“Ethan Hawke lights up the screen as jazz legend Chet Baker, whose tumultuous life is thrillingly reimagined with wit, verve, and style to burn. In the 1950s, Baker was one of the most famous trumpeters in the world, renowned as both a pioneer of the West Coast jazz scene and an icon of cool. By the 1960s, he was all but washed up, his career and personal life in shambles due to years of heroin addiction. In his innovative anti-biopic, director Robert Budreau zeroes in on Baker's life at a key moment in the 1960s, just as the musician attempts to stage a hard-fought comeback, spurred in part by a passionate romance with a new flame (Carmen Ejogo). Creatively blending fact with fiction and driven by Hawke's virtuoso performance, BORN TO BE BLUE unfolds with all the stylistic brio and improvisatory genius of great jazz.” – Rotten Tomatoes 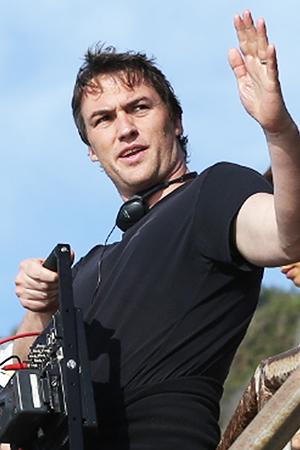 Robert Budreau was born in London, Ontario, in 1974. He studied law at the University of British Columbia and film at Vancouver Film School. His first feature film was THAT BEAUTIFUL SOMEWHERE (2006), a supernatural mystery that was nominated for a Genie Award. Budreau’s fascination with jazz music in film also gave us DREAM RECORDING (2004) with Juno Award-winning pianist David Braid and THE DEATHS OF CHET BAKER (2009), a jazz project about Chet baker’s mysterious death.