CENTER OF MY WORLD
Filmfest 2016

A strange family: 17-year-old Phil lives with his mother and twin sister in an old mansion on the outskirts of town. When he returns from summer camp, the mood in the mansion has soured somehow. Phil doesn’t worry about it, hanging out with his best friend Kat instead. When he starts to feel attracted to a mysterious new student at school, Phil is plunged into emotional turmoil only exacerbated by the trouble at home. Based on the bestseller by Andreas Steinhöfel.

Director of Photography: Ngo The Chau 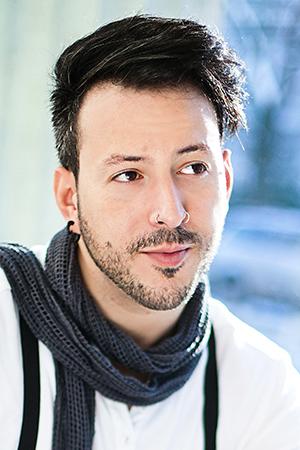 Jakob M. Erwa was born in Graz in 1981. After graduating in art and design, he worked for various Austrian film productions. He shot his first short film 2001 and enrolled at Munich film school HFF. He has staged exhibits of his paintings and sculpture, sang, wrote and played for several bands and acted in various films. He founded mojo:pictures 2003 with Rachel Honegger, focusing on creative and unusual ideas by young filmmakers. He won the Diagonale festival award for best Austrian feature film 2006/2007 and the German Independence Award at Oldenburg Filmfest for HEILE WELT. From 2007 to 2009, he worked on a series on second and third generation immigrants. His second feature film HOMESICK premiered at Berlin in the Perspective German Cinema section. He lives in Berlin.