“I was born three times,” says Arianna, still waiting for her first period at 19, eyeing the bodies of other teenagers around her with suspicion and insecurity – with envy, but also with desire. When her family returns to their house on Lake Bolsena for the first time since she was a child, the lush lure of nature and the prospect of escaping parental control for the first time in her life lead Arianna to postpone her return to the city to do some serious exploring of her own sexual identity and the adventures that lie in wait around her.
“Lavagna’s script, co-written with Carlo Salsa and Chiara Barzini, is pleasingly frank about the intuitive randiness of unformed sexual beings of any sex; (a) sensitive depiction of a teenager getting more deeply acquainted with her own body, ... Lavagna, who has a few nonfiction credits on his resume, has stated that he originally envisioned the project as a documentary, and his facility with his non-pro lead bespeaks a tender interest in first-hand human observation.” -Guy Lodge, Variety 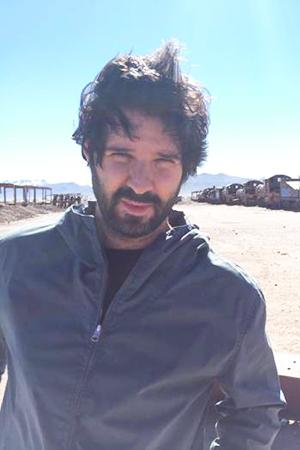 Carlo Lavagna is a writer, director and producer, was born in Rome and lived and worked in Sweden and the USA. His docs and shorts screened at several festivals, including Locarno, Gothenburg, and New York, Rome and Milan. He has shot commercials for Bulgari, Dolce & Gabbana and Gucci. ARIANNA is his first feature-length film.