LO AND BEHOLD, REVERIES OF THE CONNECTED WORLD
Filmfest 2016

He doesn’t have a cell phone and only uses his computer to write e-mails and use Google Maps: Werner Herzog is an ascetic where modern technology and the internet are concerned. Just the right person to cast a look at modern interconnectedness and where it may be taking us, in other words. He speaks to internet pioneer Elon Musk, IT wiz Bob Kahn and hacker Kevin Mitnick. On day, we will out thoughts will be tweets. In the midst of this ten-part Herzogian hurricane of information, he actually finds a community free of radio waves: In Green Bank, West Virginia the Robert C. Byrd Green Bank Telescope is supposed to collect radio waves from the outer reaches of space, without any interference. 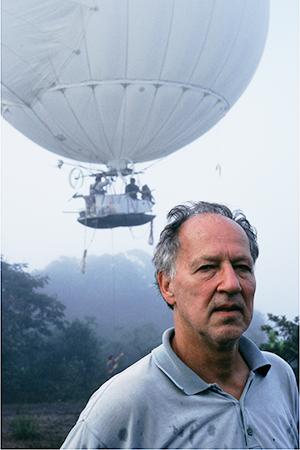 Werner Herzog was born in Munich in 1942. He released his first short film HERAKLES 1961. His debut feature SIGNS OIF LIFE (1967) won the German Film Prize as Best Debut Film in Berlin. In 1967 he shot AGUIRRE, THE WRATH OF GOD, his first collaboration with Klaus Kinski. His long filmography ranges from FITZCARRALDO (1982) to BAD LIEUTENANT: PORT OF CALL NEW ORLEANS (2008) and his documentaries from MY BEST FIEND (1999) to GRIZZLY MAN (2005). CAVE OF FORGOTTEN DREAMS was Herzog’s first 3-D film 2010. He appeared as the bad guy in JACK REACHER (2013). Werner Herzog also holds film classes at www.roguefilmschool.com.