The winner of the Gold Lion in Venice tells the story of Armando, a reclusive man in his 50s who prowls the streets of Caracas looking for young men. If he meets one he likes, he pays him for his company. But Armando just wants to look at the young men’s backs, not touch them. Things don’t work that way in the case of 17-year-old Elder, however. Elder knocks Armando out and takes his money. But then he comes back, and the two men start an intimate relationship neither is prepared for – with dramatic consequences. 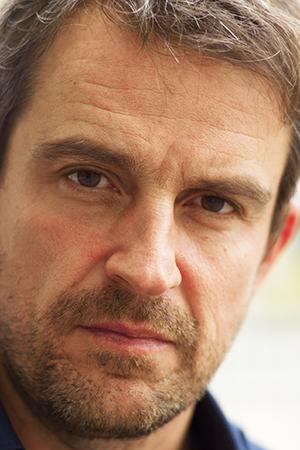 Lorenzo Vigas was born in Merida, Venezuela in 1967, son of the artist Oswaldo Vigas. He first studied molecular biology, then moved to New York in 1995 and attended film workshops at NYU. He returned to Venezuela in 1998 to shoot TV doc series “Expedición”. He shot several docs for Cinesa production co. between 1999 and 2001. Short LOS ELEFANTES NUNCA OLVIDAN was shown at the Semaine de la Critique in Cannes 2004. FROM AFAR is his feature debut, premiering in Venice, where it won the Gold Lion, followed by screenings at Toronto and San Sebastian.