NIGHT AND FOG IN ZONA
Filmfest 2016

South Korean film maker accompanied Chinese director Jung Sung-il for one winter. The director, known for his epic-scale documentaries, was working on two documentaries at the time: THREE SISTERS (2012) and TIL MADNESS DO US PART (2013), a four-hour study of the life of insane asylum inmates. Jung talks to Bing about his movies, about films in general, about their love for the films of Andrei Tarkovsky – and about time in the movies. Jung’s filmic essay mirrors the films of Bing stylistically: Long takes, abstract landscapes, minimalist music. And a four-hour runtime. 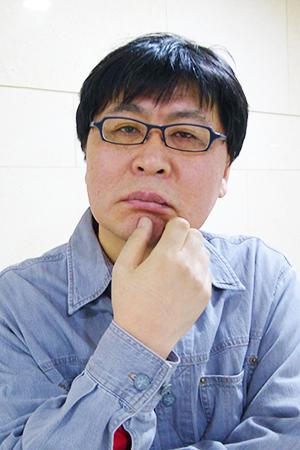 Jung Sung-il was born in South Korea 1959. He is one of the most well-known film critics of South Korea, and works at several film festivals, presenting foreign films to Koreans and vice versa. He has taught film theory at Korean Film Academy and Korea National University of Arts. CAFÉ NOIR was his filmmaking debut 2009 and screened at FILMFEST MÜNCHEN 2010.