Morris a 13-year-old African-American boy living in Heidelberg, Germany, with his father Curtis, a soccer coach. He has trouble relating to German society and finds expression for his rage and alienation in rap music. The only people he can relate to are his German tutor Inka and 15-year-old classmate Katrin, who takes him along to a summer party. But it’s not until he competes in a youth center talent contest that Morris gets to show everybody….
“Hartigan’s willingness to be tough on his young protagonist is what distinguishes MORRIS FROM AMERICA as an unusually mature and clear-eyed specimen of its type. Yet the filmmaker doesn’t let anyone else off the hook, either, and he has a healthy appreciation for the various micro-aggressions that minorities often absorb on a day-to-day basis. That turns out to be no different in Heidelberg, where it’s automatically assumed that the new black kid will want to play basketball, and a teacher knows exactly whom to confront first when a marijuana joint is found on the premises. (Even the well-meaning but naive Inka jumps to the wrong conclusions when confronted with behavior she doesn’t understand.) By the time Morris busts out his uncensored hip-hop stylings at the youth-center talent show, you can’t blame him for wanting to unleash some of that pent-up aggression, though the movie is sufficiently fair-minded that it’s hard not to sympathize with how everyone else reacts as well.“ –Justin Chang, Variety 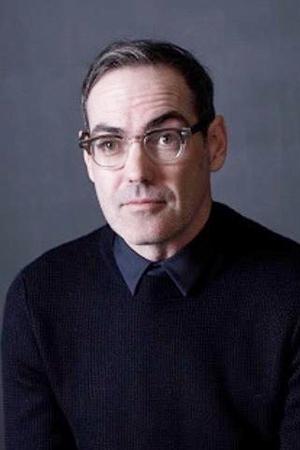 Chad Hartigan, actor and director, was born in Nikosia, Cyprus, to an Irish father and American mother. He earned his B.A. from UNC School of the Arts in directing and had his debut with LUKE AND BRIE ARE ON A FIRST DATE. His second film THIS IS MARTIN BONNER screened at FILMFEST MÜNCHEN 2013 and won the Best of NEXT Audience Award at Sundance. MORRIS FROM AMERICA also premiered at Sundance 2016 and won the Waldo Salt Screenwriting Award.