After spending fifteen years abroad, Christian returns to rural Wales, Australia, for the wedding of his estranged father Henry (Geoffrey Rush), and reconnects with childhood friend Oliver and his family. When Henry announces he’s closing the mill that is the backbone of the community, Oliver’s family is among the hardest-hit. The town is split, dark family secrets emerge. Australian enfant terrible of the stage Simon Stone paints a dark drama of despair and economic downturn in his feature directing debut, based on Henrik Ibsen’s “The Wild Duck”. 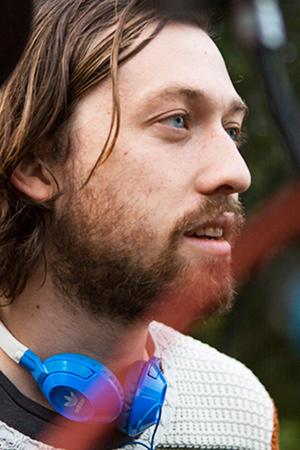 Simon Stone was born in 1984 in Basel, Switzerland. His family moved to Cambridge, UK and then Melbourne, Australia in 1996, where he studied drama at Victoria College of the Arts. He went on to write, act and direct for the stage, founding theater company “The Hayloft Project” 2007. He became the house director of Belvoir Theatre in Sydney 2001, where he wrote and staged an update of Ibsen’s “Wild Duck”, which went on to tour Europe, including the 2012 Oslo Ibsen Festival, the Vienna Festival 2013 and the Holland Festival Amsterdam, where it won the Audience Award. Stone’s first film as director was an episode in Australian anthology THE TURNING, based on short stores by Tim Winton, which was invited to Berlin Film Festival 2014. He became house director at Theater Basel in 2015, adapting Luchino Visconti’s family drama ROCCO AND HIS BROTHERS for the Munich Kammerspiele. THE DAUGHTER is his feature film debut.