1967: the height of the Cold War. The CIA suspects there is a Russian mole inside of NASA, sabotaging the Apollo program. They send two young agents on a mission to go undercover, posing as documentary filmmakers to capture NASA’s race to the moon. The real mission – use their access and technology to hunt down the leak. But what they discover is far more shocking than soviet spies… Their government may be hiding a secret about Apollo that could define the decade, and the White House will stop at nothing to silence anyone who learns it.
“OPERATION AVALANCHE doesn’t mark the first time director Matt Johnson and Owen Williams have played ,themselves’, although it’s hard to imagine a more inventive use of the duo’s reality-blurring faux-doc sensibility, which previously earned them top honors at Slamdance 2013 for THE DIRTIES. Pretending to be the film crew that faked the Apollo 11 moon landing, Johnson and company have fabricated an elaborate, period-styled backstory on how a collection of Ivy League film geeks were recruited by the CIA to convince the world that America got there first… this wild, borderline-illegal stunt (for which the improv-ready filmmakers ,infiltrated’ locations such as NASA and Shepperton Studios in character) delivers big time on its crazy premise, launching the careers of its renegade crew in the process.“ 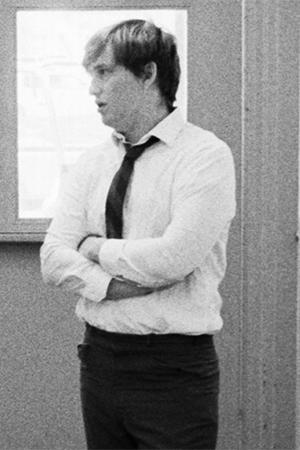 Matt Johnson, born in 1974, is an actor and director, known for THE DIRTIES (2013), which he wrote, produced, directed and edited, and which screened in Locarno and at Slamdance, where it was acquired by Kevin Smith's Movie Club. He attended Toronto Film School.