MANHUNT: ESCAPE TO THE CARPATHIANS
Filmfest 2016

Caramitru escapes from prison – with state inspectors Hanna Landauer and Sven Schröder in hot pursuit, he got across the border to Poland via the Oder river, a rubber boat and a winch. Landauer still has score to settle with the Romanian ever since he gunned down her partner in an arrest attempt gone bad. So she sets out on the trail of Caramitru, which leads then first to Bucharest and then to a remote village in the Carpathians. The showdown is looming… 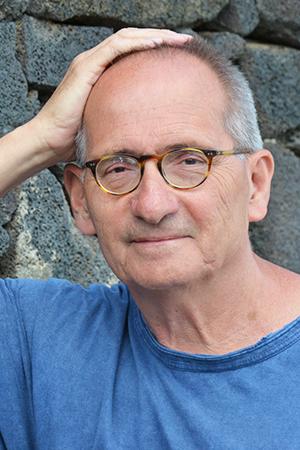 Dominik Graf was born in Munich 1952 to actors Selma and Robert Graf. He attended Munich film school HFF from 1974 to 1980 and started working as a director for TV and movies in 1979. He made a name as a director of mysteries and thrillers at a time when most German directors were focused on auteurist arthouse films. His early theatrical films like THE CAT (1987), TIGER, LÖWE, PANTHER (1989) or THE INVINCIBLES (1994) brought genre films back to German theaters. He then began a long career directing the former East German detective format POLIZEIRUF 110, and DER FAHNDER. He has won more Grimme Prizes, ten, than any other director. His miniseries IN THE FACE OF CRIME (2008) was heralded as a watershed in German serial storytelling, written with his frequent collaborator Rolf Basedow, who also wrote SPECIAL INVESTIGATION UNIT. Dominik Graf is a Munich regular, and has premiered 15 of his films at the fest, including most recently WEALTHY CORPSES (2014). He is a three-time winner of the Bernd Burgemeister TV Prize. In 2014, he returned to movie theaters with costume drama BELOVED SISTERS, based on the youth of Friedrich Schiller.