A Turkish man‘s body is found floating in the Isar. A case for the Migra Division headed by Zeki Demirbilek, AKA “Inspector Pascha”. On their first big case, the team quickly manages to get on the wrong side of Munich’s Doner King, Güzeloğlu, who’s about to marry off his daughter. Her future husband and father-in-law just arrived at their house in Munich for Kiz Isteme, a Turkish tradition, to establish the groom’s suitability, when Zeki and his team barge in. Güzeloğlu’s daughter, Gül, seems unfazed, less worried about her family’s reputation than her own personal desires. Based on the detective series by Su Turhan. 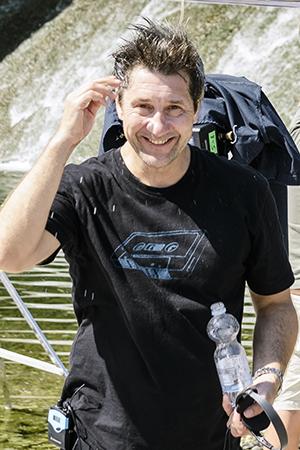 Swiss writer-director Sascha Bigler was born in Zürich 1968. His mother is famed actress Christiane Hörbiger, who starred in his ORF Austrian TV mystery MEINE SCHWESTER 2011. In 2013, he shot SCENE OF THE CRIME episode UNVERGESSEN for ORF.