Nadja is used to taking responsibility: As a dedicated preschool teacher, as well as taking care of her mentally unstable mother Irene for years. They had lost touch for a while, but then Irene crashes Nadja’s brother Micki’s wedding, drunk as usual. Once again, Nadja is the only one who feels responsible for her now homeless mother. Winter is coming and Nadja, who hasn’t told her boyfriend Jan about her mother, has to take her in one last time – a decision with unexpected consequences. 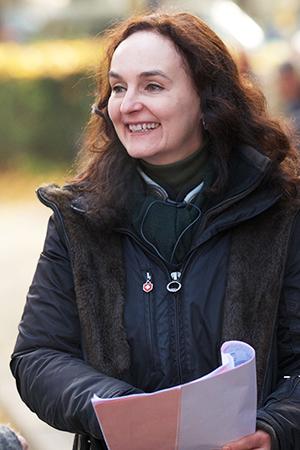 Nicole Weegmann was born in Karlsruhe. She is a trained photographer and studied audiovisual arts in Amsterdam at directing at Filmakademie Baden-Württemberg. She won the Adolf Grimme Prize 2009 for high school drama IHR KÖNNT EUCH NIEMALS SICHER SEIN. MOBBING (2012) also dealt with the psychological effects of bullying.