A fusion of live action and animation, in which reality seems to come apart under the gaze of the law: The sun is scorching in Frankfurt, the air is vibrant, and Inspector Goster is running in circles in the heat. A naked man falls to his death. A fellow officer is shot at the scene of the crime. Then the inspector has heart attack, too, giving him amnesia. Together with young detective Hannelore Klost, he sets out in pursuit of the culprit all the same. The trail leads them to a weird dating site offering adult services, and thence into the realm of the totally surreal: Are the weapons themselves attacking people? No one’s buying Goster’s off-the-wall theory down at the precinct, until his own police-issue gun goes off, riddling his pillow… Based on the novel by Gerd Zahner. 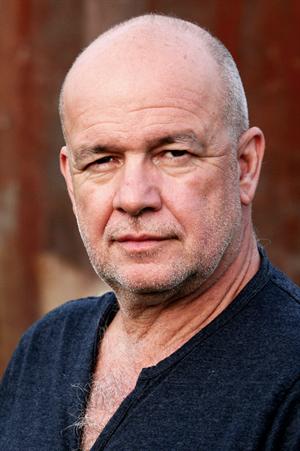 Filmmaker Didi Danquart was born in Singen on Lake Constance in 1955 and fell in love with comic books at his grandmother’s newspaper stand as a boy. In 1978, he helped found political film collective Media Workshop Freiburg, mostly shooting documentaries at first. In 1992, he made DER PANNWITZBLICK about the Nazi euthanasia program, followed by WUNDBRAND 1993, which he shot in beleaguered Sarajevo. His dramatic films include VIEHJUD LEVI (1999), OFFSET (2006) and BITTERE KIRSCHEN (2011). He has taught directing at the Cologne Media Art Academy since 2009. His twin brother Pepe Danquart is also an award-winning director.