THE PLEASURE IS MINE
Filmfest 2016

Passionately in love and eager to live together as a couple, Rita and Mateo move out of the city and take refuge in the apparent tranquility of Mateo’s deceased father’s country house. Like every new relationship, it is all sex and fun in the beginning until Rita’s desire to become a mother, Mateo’s fear of commitment and an unexpected visit by Alexis, Mateo’s seductive cousin, come between them. Rita and Mateo’s differences surface, testing the shaky foundation their relationship is built on. Soon, a lack of communication and unrequited love unleash the violence that will inevitably spell an end to the couple. An honest portrait of sex as the driving force of our world, THE PLEASURE IS MINE is a film that accurately reflects the sentiment of our younger generations. 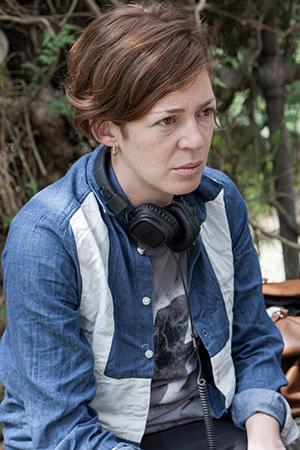 Elsa Miller was born in Mexico City in 1982 and works as director, writer and producer. She studied English lit at UNAM and film at Centro de Capacitación Cinematográfica in Mexico. Her short film VER LLOVER won a Palme d’Or at Cannes 2007. THE PLEASURE IS MINE is her first feature film.