INTO THE FOREST
Filmfest 2016

Two sisters living in the woods in Northern California in the not-too-distant future: Nell (Ellen Page, JUNO) and Eva (Evan Rachel Wood, TRUE BLOOD), are taken by surprise when the end of the world hits. Electricity and gas go out, and the sisters have to fight for survival with their father and a few stranded stragglers from town, while clinging to the remnants of their civilized life. A quiet, intimate apocalyptic thriller based on the novel by Jean Hegland, hauntingly scored by Max Richter. 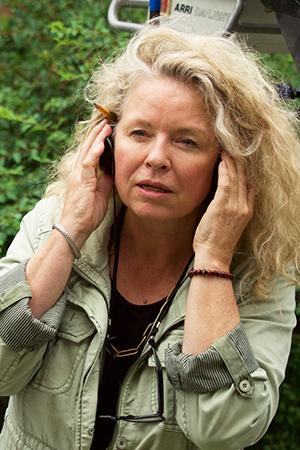 Patricia Rozema was born in Kingston, Ontario in 1958. She writes and directs for TV and theatrical films. Her first feature film I’VE HEARD THE MERMAIDS SINGING (1987) won the Prix de la Jeunesse at Cannes, followed by films including WHEN NIGHT IS FALLING (Berlinale Competition 1995), MANSFIELD PARK (1999) and KIT KITTREDGE: AN AMERICAN GIRL (2008). Her screenplay for HBO’s GREY GARDENS (2009) was nominated for an Emmy.