Cory Webster (Josh Brolin) comes to L.A. to compete in a downhill skateboard race and meets blonde beauty Chrissy (Sherilyn Fenn), the younger sister of punk skate rat Hook, leader of The Daggers gang, who soon starts a feud with Cory and his crew, the Ramp Locals. “Romeo and Juliet” meets LORDS OF DOGTOWN, with lots of great 1980’s West Coast punk music and a party scene featuring a very young Red Hot Chili Peppers. Director David Winters initially wanted to cast an unknown named Johnny Depp in the lead role, who was turned down by the producers. With appearances by Tony Hawk, Tony Alva and Steve Caballero. 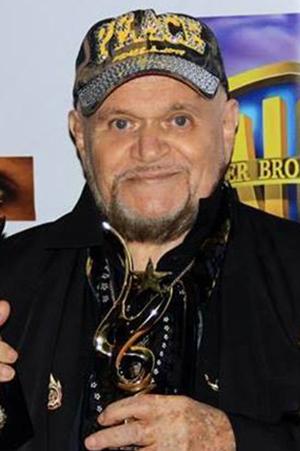 David Winters was born David Weizer in London 1939. He worked as actor, choreographer, writer, producer and director in the film industry, choreographing films like VIVA LAS VEGAS (1964) with Elvis Presley and A STAR IS BORN (1976) with Barbra Streisand. He also starred in the original 1957 Broadway production of “West Side Story” as Baby John. As a director, he shot several genre films like ALICE COOPER: WELCOME TO MY NIGHTMARE (1975), LOVE TO KILL (1982) or FIGHT AND REVENGE (1997). He most recently returned to his musical roots in choreography with dance film DANCIN’ IT’S ON (2015).
Close